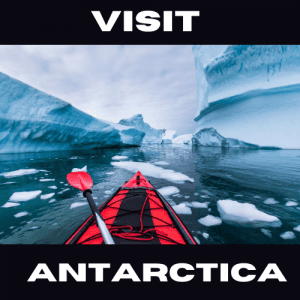 Here at Visitalot, we are the holiday destinations champion. We like to fight the corner of those holiday destinations that you will not find in the guide and you will not see recommended by friends and family. We have articles for all over the world and covering places that you would never have expected in your wildest dreams. This time, we are going to take you to the worlds coldest desert- Antarctica, and show you how to have a good time amongst the snow and the ice.

Antarctica is also known as the South Pole and the southernmost continent in the world- and yes, it is actually classed as a continent. However, Antarctica is not quite the size that people think and is actually only the fifth largest continent in the world and is only twice the size of Australia- although, that is still pretty big. Despite Antarctica’s reputation bring of a cold, icing desert, it actually is home to a huge range of wildlife and animals such as colossal squids, fur seals and penguins will house there. Alongside these larger animals by comparison, smaller organisms like fungi and bacteria can and will leave on the continent despite the extreme conditions.

A Couple of Things You Did Not Know

In typical Visitalot fashion, we will have a couple of interesting facts about Antarctica just to tickle your fancy and really get you invested in this beautiful continent.

Antarctica is an incredibly interesting place, full of some truly great geographical and biological features. If this sounds like your kind of trip, or even if you are semi-curious. Then make sure to read ahead and learn all about the top destinations in this snowy continent.

This section is more relevant for smaller places that many do not know the location of. However, in the case of Antarctica, many are aware of its location and for those that are not, it is located in the southernmost part of the world, south of the tip of South America and below countries like South Africa and Australia.

When it comes to climate, there should be no surprises either. Antarctica has a reputation as being rather cold and quite dark, and that is fairly accurate. Much like every other southern hemisphere country, the months of March to September are the coldest months and the months from October to February are the warmer months. However, even by normal standards the warmer months are still very cold with the warmest month, December, still reaching as low as -25°C. If you think that is cold, then get ready for the colder months as during July, it can go as low as -56°C. But, despite all this, Antarctica is still a desert so there is literally zero rainfall all year around.

If you are to go, then Visitalot would recommend going in December for a little Christmas getaway as it is the warmest month on the continent. However, you will need to bring quite a bit more than simply a fluffy jumper and a comfy coat. You will need snow boots, a specialist coat, trousers, gloves, a thick hat and a wealth of other warm clothes. You could hire them if you did not want to buy them.

As you would expect, getting to Antarctica is quite a complex trip, however, before you are a number of options that you can choose from. The first is to fly to South America and then to fly to either Chile and Argentina. You can then get a ship that will sail from the southernmost tip of South America to Antarctica- it will take around 48 hours.

Where to Stay and What to do?

With Antarctica, there is a slight issue with hotels… There are no hotels. Because of the inhospitable landscape and the lack of any amenities, there are no hotels. The only way to stay in and around the South Pole area is to hop aboard an expedition ship and sail around- although, some tour operators will include a nights camping and some may include a stay in a hotel in countries such as Argentina, Chile or South Africa. With that said, here are some of the best expeditions you can go on and the sort of things you can expect to see.

Silversea is a company that has operated for some years in the area and has recently added to their fleet. The package that you can expect to pay will be expensive, this should not be a surprise, but, is organized like an all-inclusive package and is in one payment. Most cruises will depart from Argentina and the company also offer a chartered air service from either Buenos Aires or Santiago if you are struggling to find relevant connecting flights. However, if you on the Eastern side of the world and do not fancy the long and expensive air ticket, then listen up. In 2021, there is a rare voyage heading out to the Ross Sea on the Silver Explorer, if you are interested in this then the ship will be departing from Dunedin in New Zealand. Exact dates and details can be found on the Silversea Expeditions website, although, you are going to want to hurry because this trip will be popular.

Because it is a boat tour, you can expect to get panoramic views of Antarctica and be able to see all of the little details that come with it. We have already talked about the abundance of wildlife in the area and you will be able to see all of the wildlife available- however, if the weather is bad then animals will take shelter so you may not be able to see them. Something that is not affected by the weather is the stunning landscape. Make sure you bring a camera, because the landscape is often what people find the most stunning about the South Pole and on a tour via the sea, you will be seeing a lot of it. Do not fear, for you can expect two landings per day depending on the weather and due to the number of expert guides and the number of passengers, you can expect one guide per passenger. 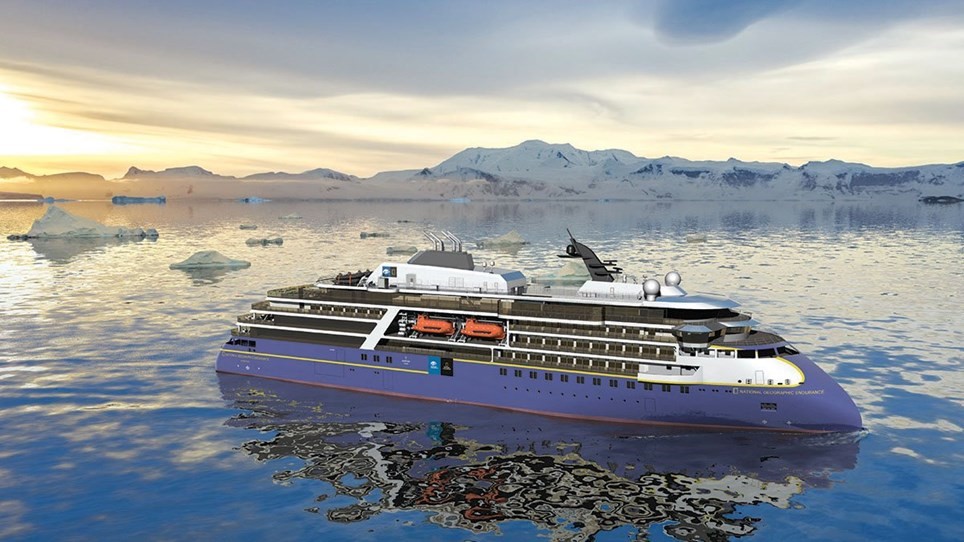 This is an expedition company that have hundreds of explorations under their belt. Aboard each and every voyage, there will be ice masters, expedition leaders and underwater specialists who will guide you through your voyage and can provide you with all of the technical information, should you need it. Specifically, the underwater specialists have camera that are fixed to the bottom of the ship so you can see what is going on beneath your feet. There is also a hydrophone so you can listen to the surprisingly noisy world that swims under you.

As with any expedition to the South Pole, you can expect to see amazing wildlife and equally amazing landscape. However, what makes a Lindblad expedition different is that with every expedition you are guaranteed to have a National Geographic photographer on board with you. Not only does this give you the chance to snap the same shots as a payed professional, but you can also get a few tips as to how to improve your own camera skills. Alongside this, the wealth of specialists on board will make sure that you can see all of the sights in person, with landings being an essential part of the expeditions.

If you have any questions regarding this location or any other weird holidays we have covered, then just ask us at Visitalot- we would love to hear from you.