Visit Belize For Your Next Holiday 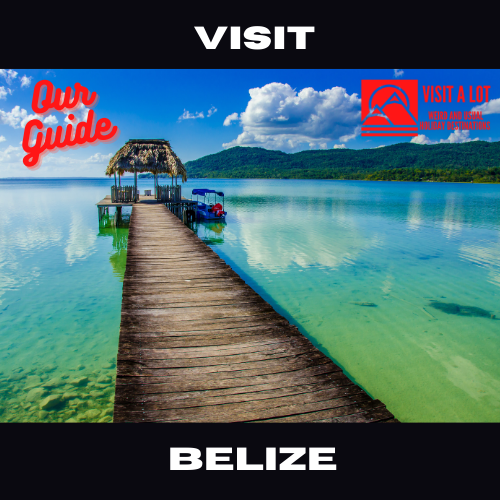 As you may already know, we are committed to finding you the best of the best when it comes
to weird and unusual vacations. We know how quickly all-inclusive resorts can get boring, and
how rewarding it is to discover some place new; we know you seek the kind of places you have
to explain to your friends and family while they look at you with an expression that reads
“where the heck is that?”. These are the places that curate the most incredible memories as
you will find once-in-a-lifetime experiences everywhere you turn. Most often, these
destinations are tucked away in Eastern Europe, or in Africa, where there are so many
countries that people seem to lose track, especially when some of them are smaller than most
western, urban cities. That being said, there are still beautiful hidden gems in less populous
continents, hiding right underneath our noses. If you are a fan of Latin America, with place
like Costa Rica, Mexico and Panama constantly grabbing your attention, we highly recommend
giving Belize a try.
While everyone has generally heard of Belize, few people actually make the trip with less than
one million tourists visiting per year. This means you can benefit from a plethora of
information that is available about the country, while still reaping the rewards of choosing a
less-popular vacation spot. Perhaps one of the most sought after features of a secret travel
destination is the “untouched beach”. If you are looking for stunning caribbean oceans,
without the tourist traps or large crowds, Belize is definitely the place for you. This destination
is the perfect combination of culture, adventure and relaxation, making this a great option no
matter what kind of trip you’re looking for. Belize is also well-developed with many tour
options and is a great way to expose children, if you have them, to an unusual destination.

I was not Expecting That

We don’t know about you, but beyond a gorgeous landscape and stellar list of things to see
and do, one of the most important factors in determining where to vacation is how interesting
the country is. Do they have a strong sense of culture? Are there any interesting traditions I
can observe or participate in? Is there something I can see here, that I won’t find anywhere
else in the world?
Since these are the things we love to know, we thought we would give you a little taste of all
the fun quirks that are unique to Belize.

Belize is a relatively young country, only gaining it’s independence from the United Kingdom
is 1981.

Belize is home to over 900 Mayan temples and ruins

Belize is 22,700 square kilometres in size, but only 49% of this space is land. The majority of
Belize’s territory (51%) is oceanic, and much of this is protected by marine reserves.

Belize is only home to 16.9 people per square kilometre, making it one of the least populated
countries on the planet.

Belize’s national flower is the black orchid, which you can view at the Belize Botanic
Gardens, or stay on the lookout for during any jungle excursions you may take.

Belize is looking its rainforests at an alarming rate-more than 10 000 hectares per year, which
has led to passive policy change to stop the growth. Now, the government has designated 80%
of their rainforests as protected areas, and they have been made inaccessible to the public.

One of the biggest draws to tourism is Belize, the Blue Hole, was popularized by Jacques
Cousteau in 1971, when he became the first person to dive the hole. This press coverage was
one of the first time the world was made aware of this natural phenomenon and tourists could
not wait to discover it for themselves.

Where is Belize and How to Get There 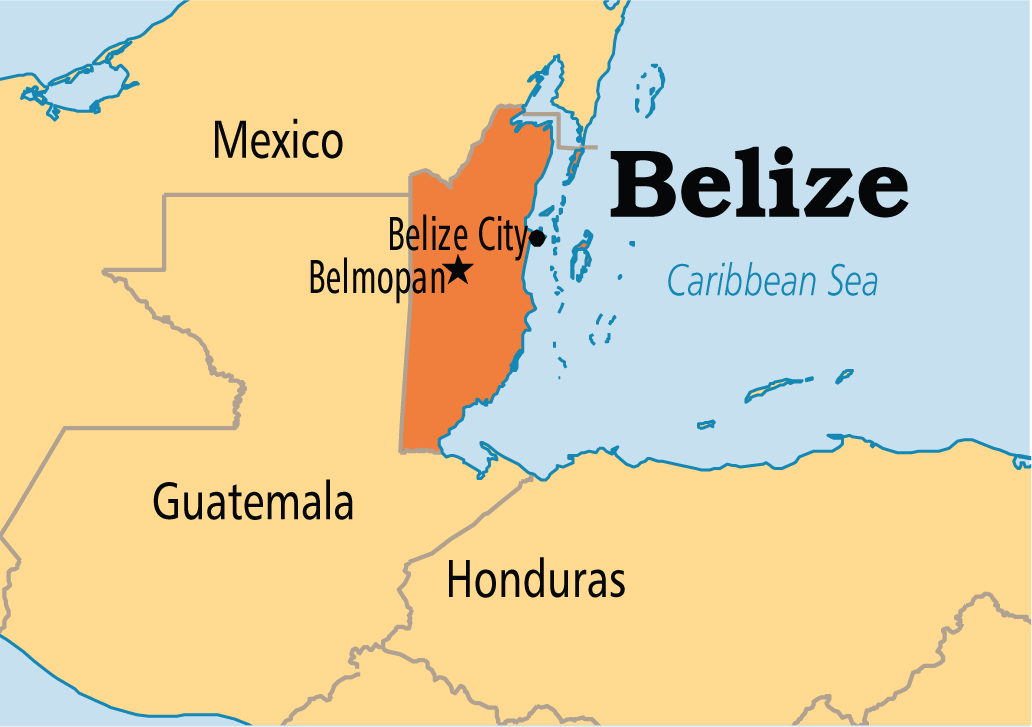 Belize is located just below Mexico in Central America, on the coastline of the Caribbean Sea.
Travellers looking to visit Belize are able to arrive by air, by sea or by land. Those flying in will
arrive at the international airport in Belize City, and can utilize car rentals, car services or hotel
shuttles to travel to their final destinations within the country. However, it is also possible to
road trip, or take a bus into Belize through Mexico and/or Guatemala. The cheapest way to get
to Belize is to fly into Cancun, Mexico, where flight fares are often only 1/3 the cost of flights
into Belize City, and then take the bus from there. This ADO bus is air-conditioned, has wifi
and is a fairly comfortable method of transportation. Guatemala also has it’s own bus service
that will bring tourists into Belize.

Belize is known for its moderate, tropical climate. The average temperature is around 84
degrees Fahrenheit, which most ravellers find to be perfectly comfortable. Belize does have a
wet season from June to November and a dry season from December to May, so it is important
to plan around these seasons if you expect to be spending a fair amount of time at the beach
and participating in outdoor activities. However, the timing of the dry season makes Belize a
perfect option for those planning a winter vacation to escape a colder climate back home.

Where to Stay in Belize

The decision about where to stay when you visit a new country is always one of the most
exciting ones to make. A good hotel can easily make or break your vacation, and the
experiences they offer will help establish your travel itinerary.
This is also a highly personal decision as everyone has their own level of comfort
requirements, a wish list of amenities and an aesthetic they prefer.
Whatever your preference, we know that finding a reliable, quality hotel is important for your
safety and enjoyment, so we have compiled a list of our favourites to help you start your
search. 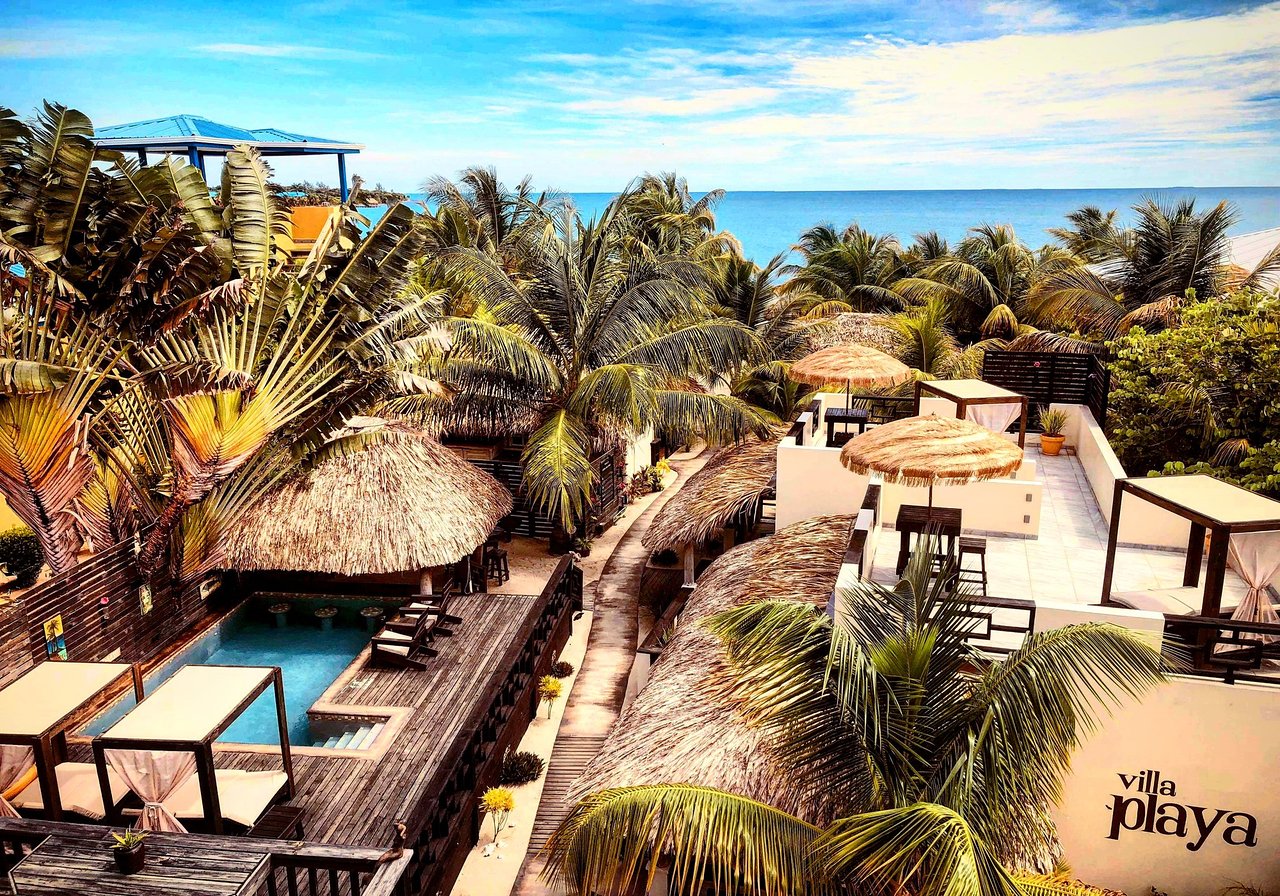 A boutique hotel comprised of private cabanas for maximum privacy. This adults only resort
(the only one in the peninsula) is highly-regarded, winning many traveller’s choice awards, for
its luxurious, bohemian decor and its central location. It is nestled into a quiet fishing village
which lends itself to laid-back, tropical atmosphere, but is only a short walk from many main
attractions, restaurants and nightlife. 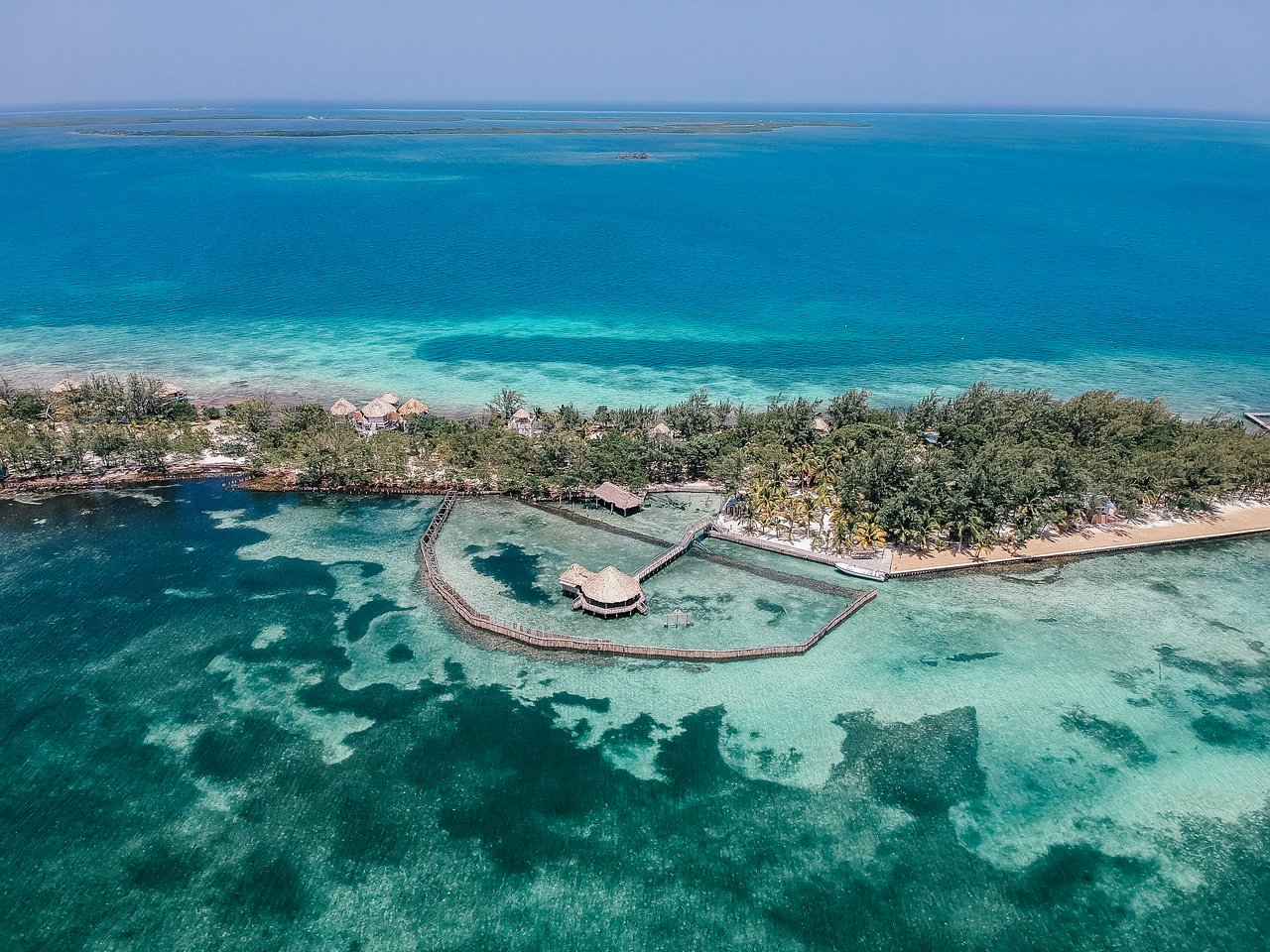 Luxury beach resort with private, overwater bungalows, similar to those found in the Maldives
and Tahiti. With a limit of thirty guests at any given time, this Resort is perfect for those
looking for a private, romantic getaway. Located on a private island, this boutique hotel offers
all the convenience you could need as all inclusive resort, and a completely off-the grid,
relaxing stay. 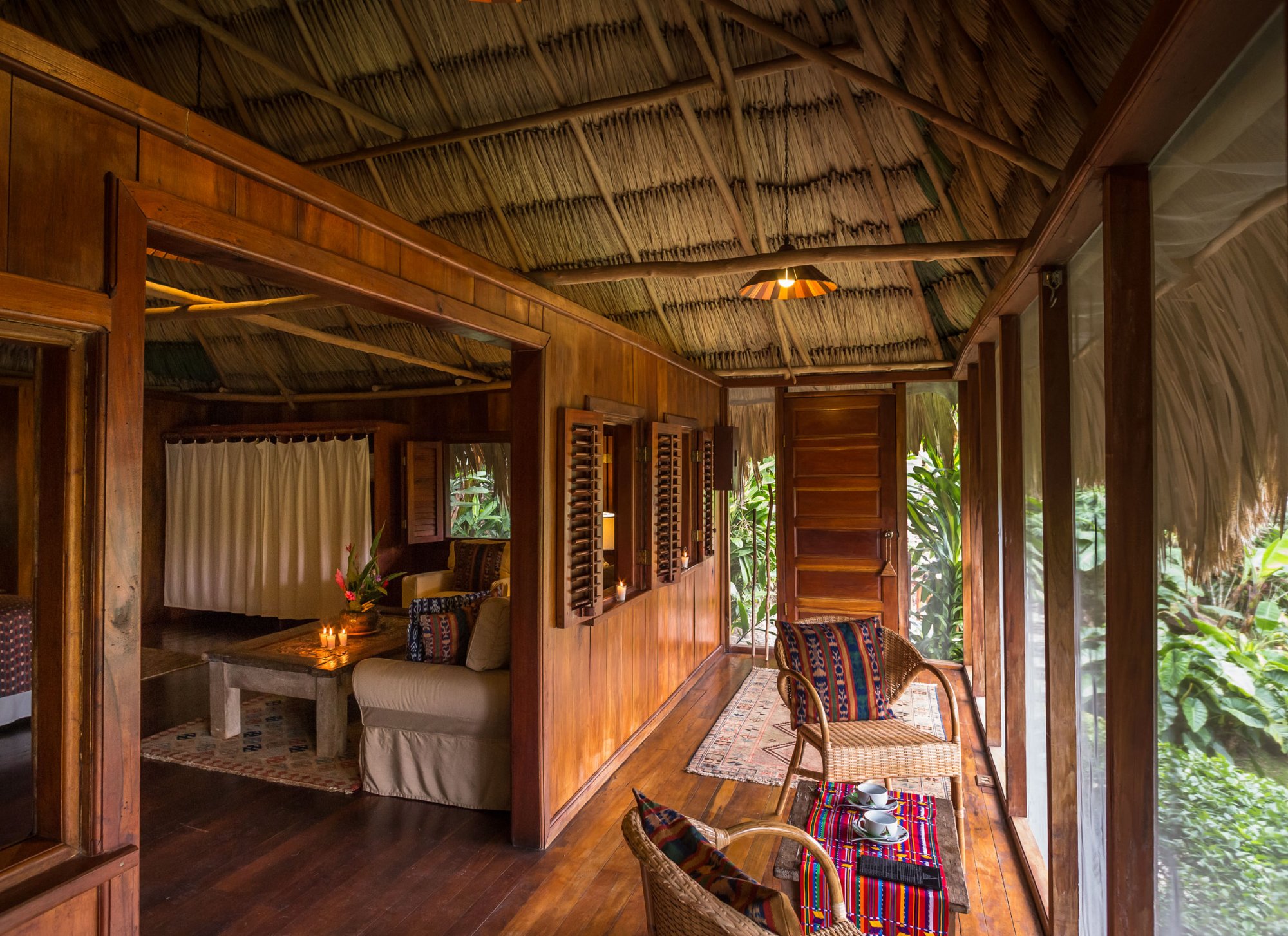 Blancaneaux Lodge offers an extraordinary luxury experience that you will not find anywhere
else. This Hotel was purchased and owned by Francis Coppola and used it as a personal family
getaway for over a decade, until finally deciding to open it to the public in 1993. The Resort is
perched in the rainforest, overhanging gorgeous waterfalls. Each room is a private dwelling,
decorated with traditional mayan art, and a balcony for taking in the mountain’s lush
surroundings.

Things to do in Belize

Even the traveller who likes to stay-put and relax likes to know about the local highlights of
their destination. With activities ranging from easy, afternoon strolls to exciting adventure
tours, Belize has no shortage of attractions for its visitors to enjoy. Of course, we always
recommend doing some extra research, and checking with your hotel for local gems that are
not to be missed, but we also thought we should put some great experiences on your radar in
case any of them slip through the cracks. 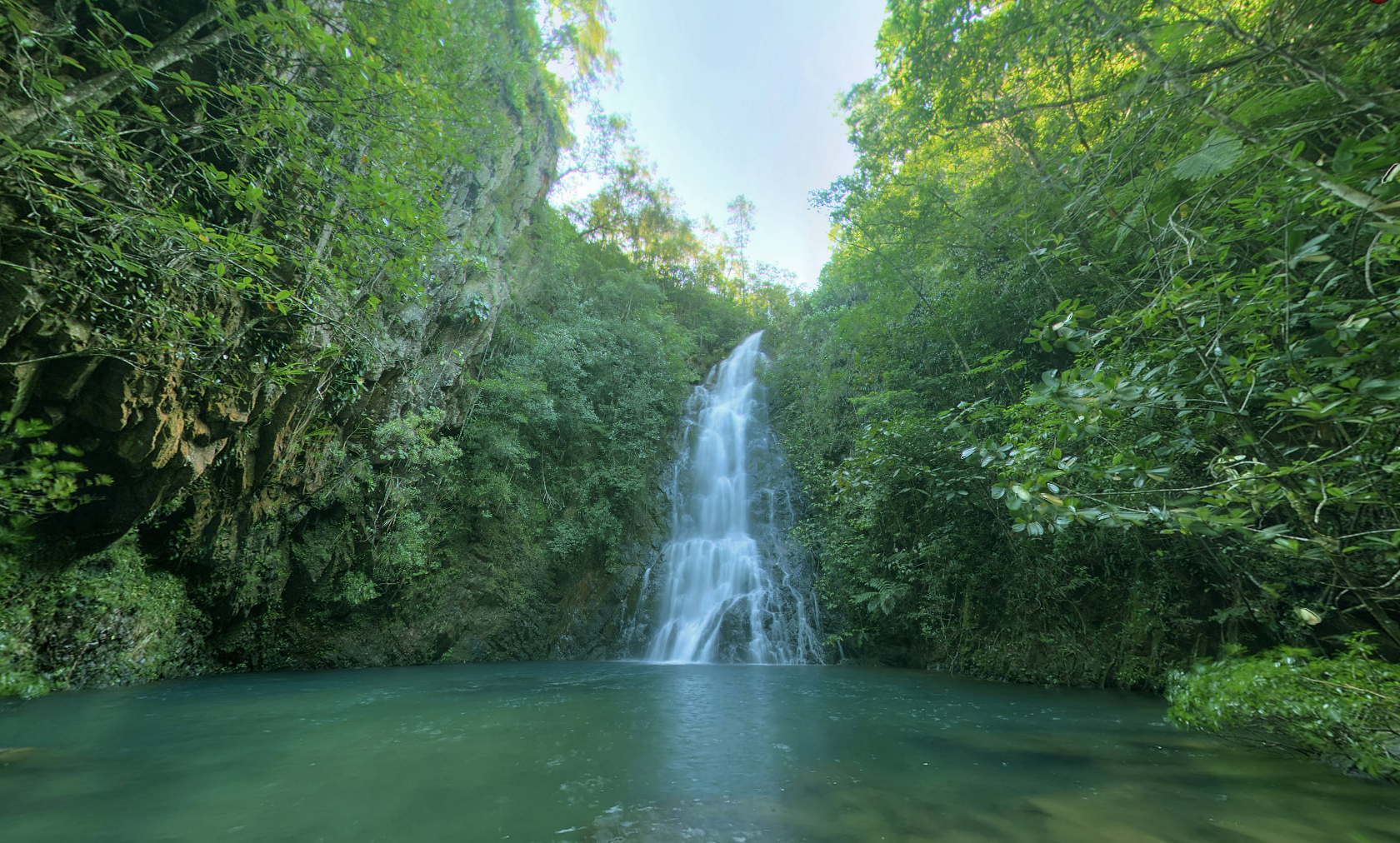 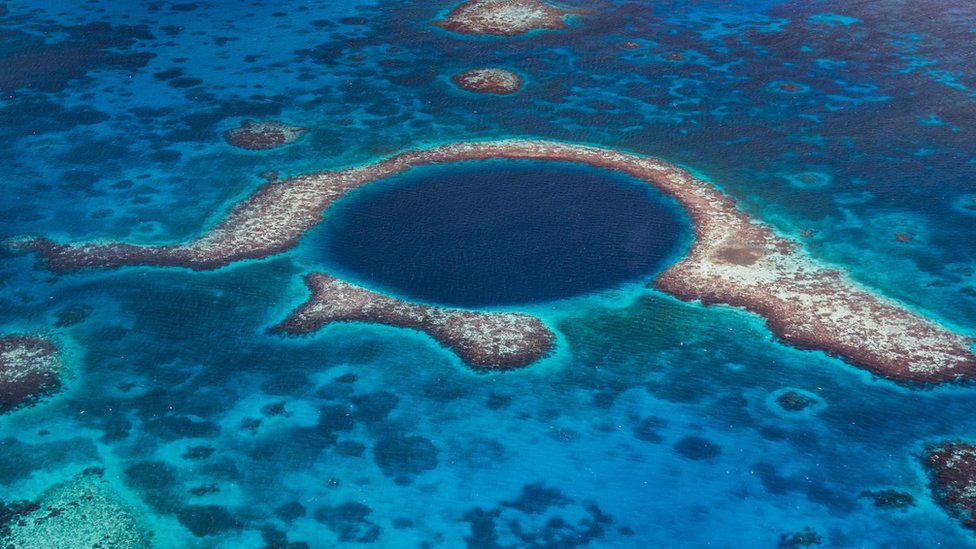 As a country known for its beaches and marine life, it is no secret that snorkelling, scuba diving and swimming in the ocean are necessary activities on any trip to Belize. However, it is less commonly known that the Belize Barrier Reef is the second largest live reef in the world, second only to the Great Barrier Reef in Australia. Especially when coral reefs are dying off quickly, this is a once in a lifetime opportunity to explore a barrier reef upclose. Just be sure you follow local guidelines and precautions that are necessary for keeping the reef safe and healthy. 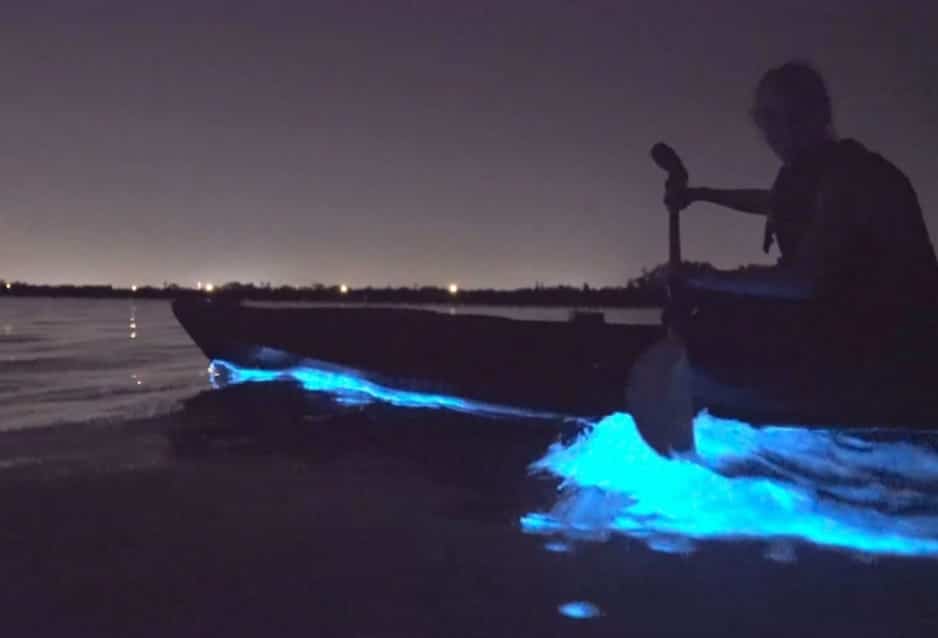 While bioluminescent animals are located in oceans everywhere, there are few places where they are easily visible from shore. Check with your hotel for the times and paces to observe bioluminescence on the beach, for a surreal natural experience. However, use caution when going anywhere at night, and we highly advise booking a bioluminescence tour with a local company to help ensure your safety, and the opportunity to learn about the phenomena you are witnessing. 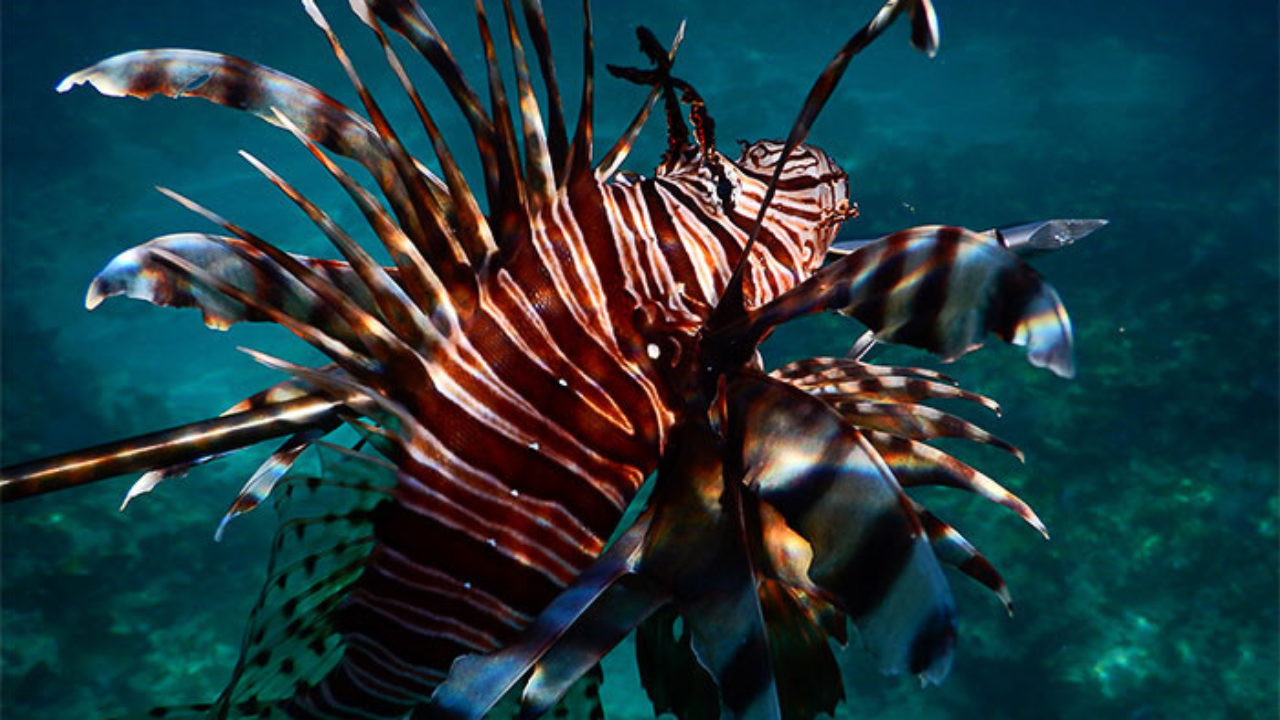 Lionfish have become a toxic, invasive species in Belize and are taking over the local ecosystems. As a result, spearfishing has become a common way to deal with the overpopulation and protect the reefs. If you are looking for a unique fishing experience, you should consider booking a spearfishing tour through your resort, or through a dive centre.
This will be a fun afternoon activity that you will not find anywhere else, and you can also feel
good about your part in helping to protect the local ecosystems. 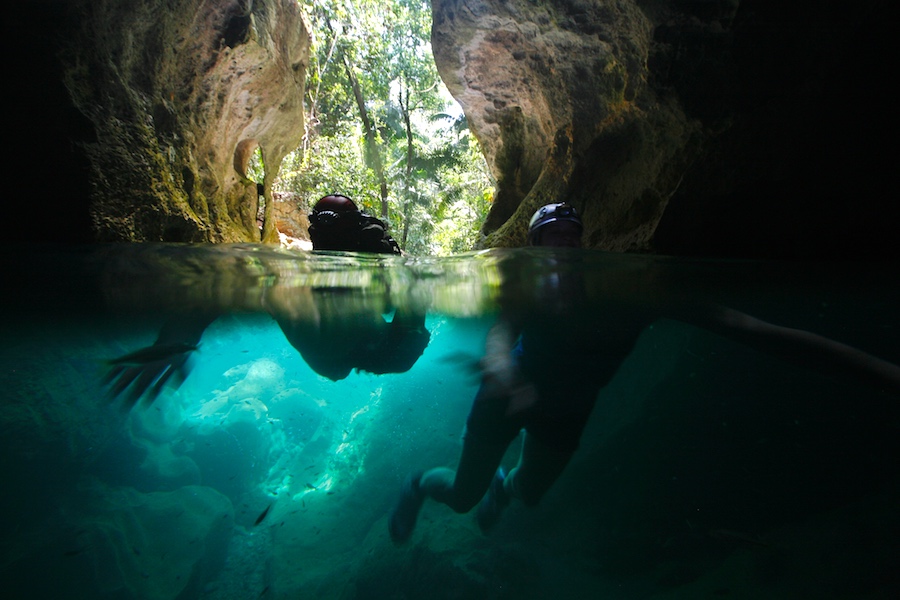 The Actun Tunichil Munkal is a river cave that houses a plethora of mayan artifacts, including skeletal remains of human sacrifices. It is worth noting that you will need to be comfortable swimming in the dark with only a head-lamp, and you will be expected to enter the water in your clothing- so don’t arrive in your Sunday best. This is not an activity for the faint of heart, but it is highly regarded as one of the most worthwhile experiences in Belize.

No trip to Belize would be complete without visiting the Great Blue hole. While there are several ways you could visit this attraction, ranging from snorkelling to scuba diving, we recommend taking a helicopter tour to view it from above. After all, this is how you can really observe the depths that make this natural wonder so unique, and get some photographs that are out-of-this-world. You may also want to combine the two experience.