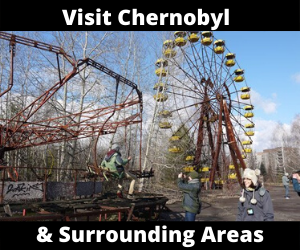 Not all holiday destinations can be classified as adventurous, some are simply places that you just have to see in your lifetime. Chernobyl is one of those destinations. As we all know from the press releases and the photographs it was the scene of the world’s worst nuclear disasters, but three decades later Chernobyl is emerging as one of the planet’s hottest tourism tickets. The horror and the sadness of this incident turned to a positive during the dawn of the year 2019 when the Ukrainain government declared the Chernobyl area safe for tourists, historians and adventurous people from around the globe to visit. 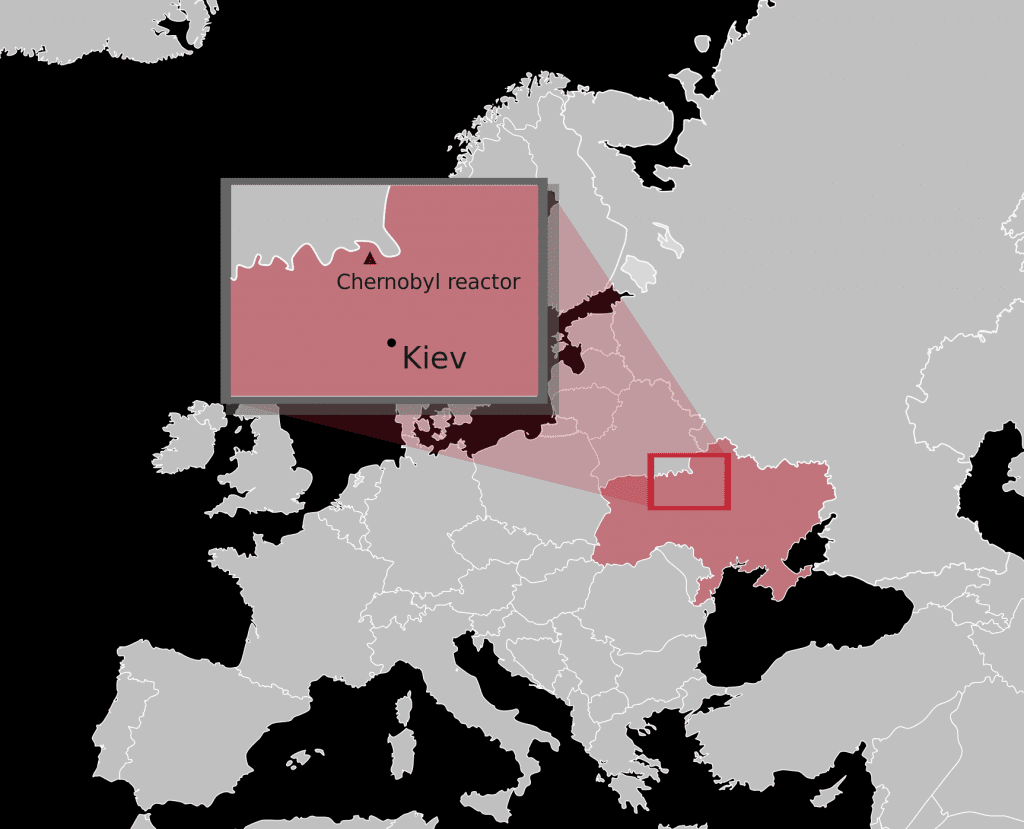 The former nuclear plant is located around 80 miles from the Ukranian capital of Kiev.  The town of Pripyat was purpose built for the plant, and at the time of the evacuation in 1986  had a population of over 50000 people.  To date, the exclusion zone around the plant covers 18 mile radius and around 160 small villages.

What To See At Chernobyl 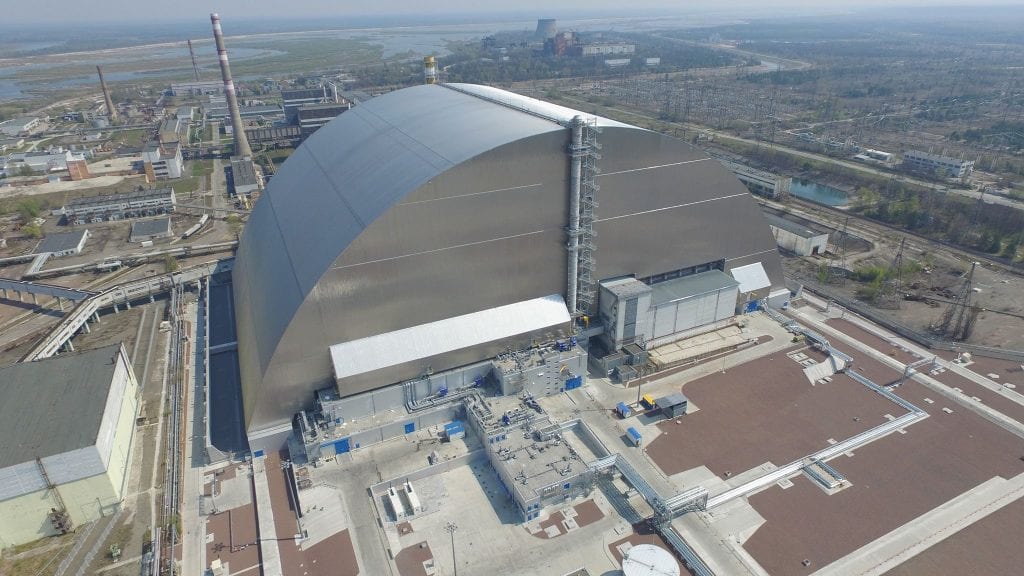 An explosion occurred during a scheduled project test that completely destroyed the reactor at about 1:24am, April 26, 1986. The leakage of radiation from the explosion amounts to an explosion of 500 atomic bombs dropped on Hiroshima in 1945. The spread of reactive material was so huge that radioactive rain fell throughout Europe, and even in Ireland. It is estimated from various sources that between 600 to 800 people took sadly died in the aftermath from all over USSR.

The reactor was a completely blown to pieces in 1986, but as nowadays, they’ve built a new confinement (sarcophagus) with the help of a number of European nations to help trap in whatever radiation is left to the tune of €2.15bn. Nowadays, it looks like a functional reactor and you’d have no idea that such a catastrophic disaster had ever occurred. Even more chilling is the fact that the reactor is closed for the next hundred+ years and all the bodies that died, including those from the downed helicopter will forever be trapped. The cost of a tour around Chernobyl is generally around $100 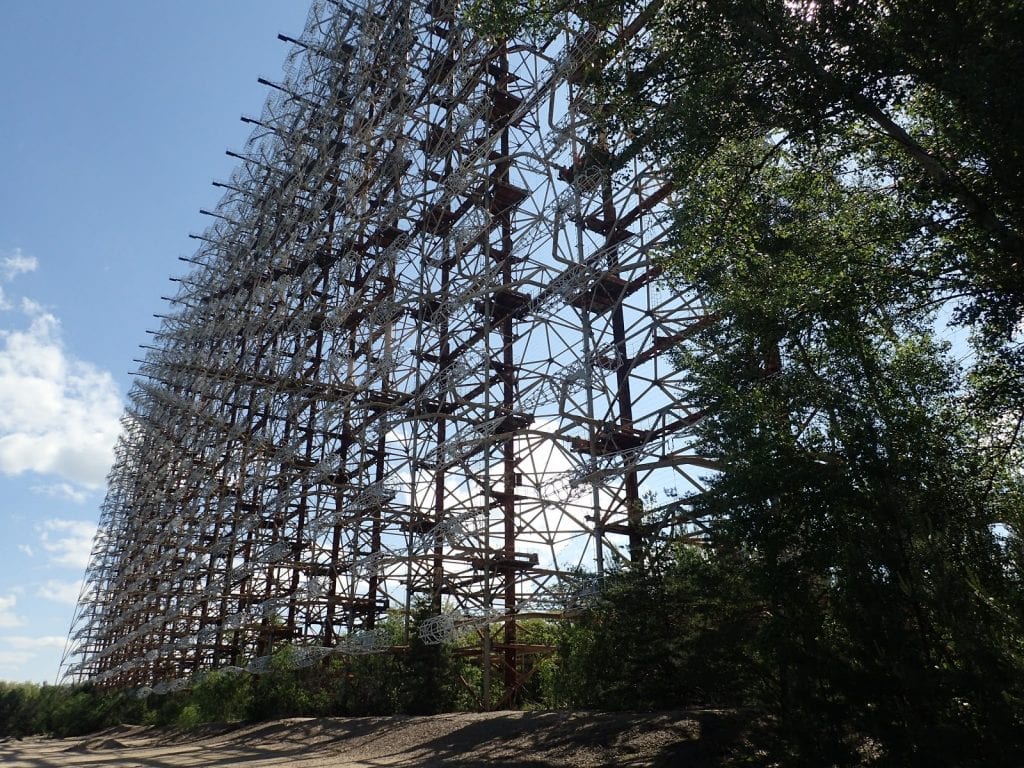 Built in the outskirts of Chernobyl is a former Soviet secret military base. this is the home to the Duga early warning radar station. Built in 1975 it was constructed to identify any launch of an intercontinental Ballistic Missile that was bound for Russia. It was such a secretive location that it was marked as a “summer camp” on all geographical maps to the locals this structure was referred to as the the Russian wood pecker . For the distinctive sound in the air while working (knocking)

The height of the station is about 150 meters, length 800 meters. After the events of 1986, it was frozen and exploitation was discontinued due to possible damage to electronic equipment. The Duga Radar now leaves a perfect reminder of the lengths that a super power was prepared to go to during the cold war.

The Deserted City of Pripyart Tour 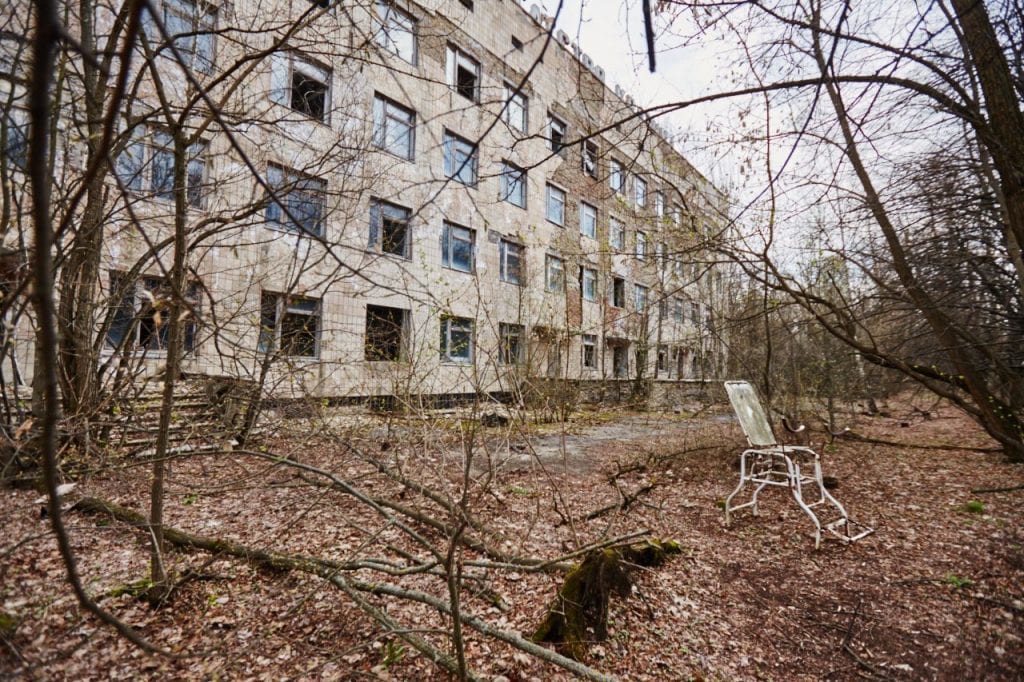 The abandoned city that was once home to over 50,000 people. Complete with shops, schools, offices and a fairground, the sense of loss and eeriness is etched into every area of the ground, trees, and houses. The city is overgrown with Artemisia (lat.), which also grew in the vicinity before the accident. Empty buildings are gradually coming into disrepair under the influence of the harsh Ukranian environment. The oldest buildings of the city are almost completely destroyed, for example, the building of the first secondary school, which collapsed in 2005.

Please note that it is officially forbidden to enter any buildings in Pripyart. 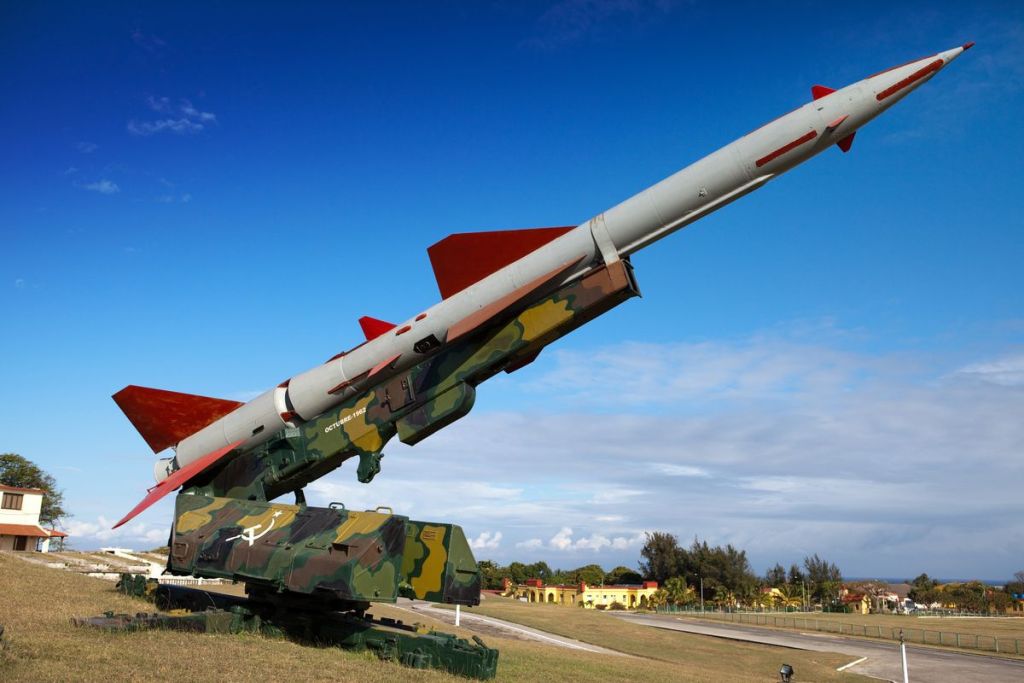 Designed to launch nuclear warheads from 40 meters underground, this once highly secretive military base has been preserved since the very day it was abandoned, this base allowed the tracking of high-flying targets at a distance of 900 to 3000 km in the circumpolar region. This top secret spying was carried out from the command centre in  Chernobyl. Employees of the facility had to have to 2 passes to enter the compound deep underground, and the control panels, buttons, soviet slogans and study rooms for training recruits are frozen in time. 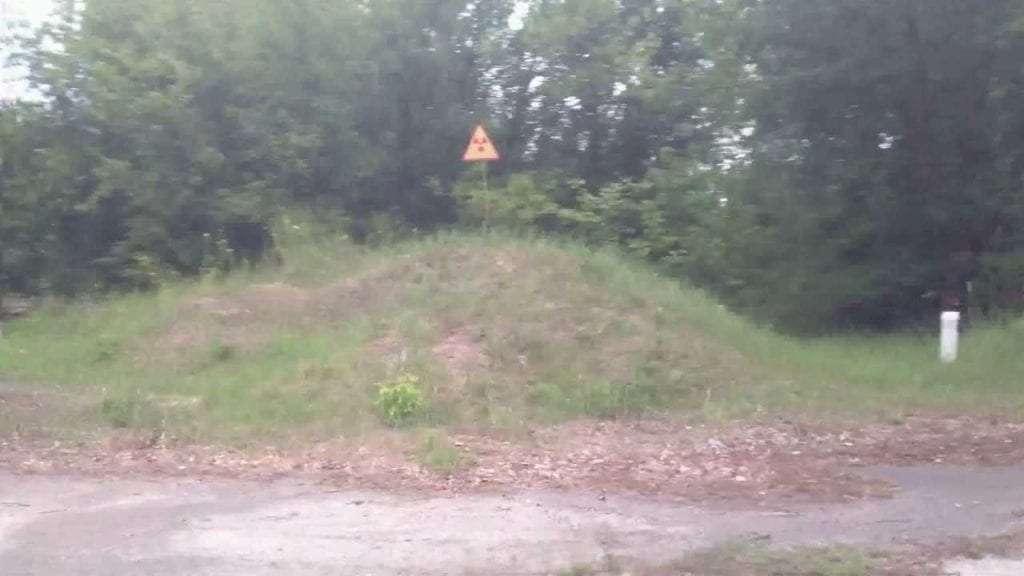 Kopach is an abandoned village at a distance of 4 km from the Chernobyl nuclear power plant. At the time of the accident the village was turned into a zone called the western footprint referring to one of the ways of moving radioactive emissions through the wind rose. Following the accident at the plant the decision was made to completely by complete bury the village due to the high level of radiation. The building of the kindergarten is the only one survived. 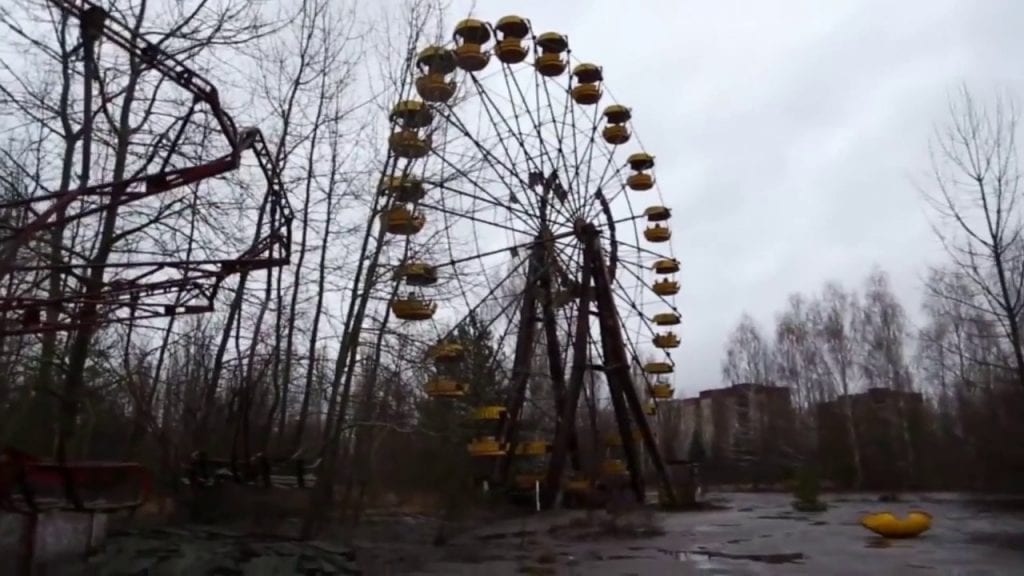 Pripyart Amusement Park is a creepy, spooky and surreal tourist attraction located in the centre of Pripyart, behind the square with the buildings of the department store, the Energetic Palace of Culture and Polissya Hotel. The most famous object in the park is the iconic Ferris wheel, which became one of the symbols of both Pripyart and the entire Chernobyl exclusion zone as a whole later. It is worth noting that the wheel never actually worked; its launch was planned for May 1, 1986. The park was one of the heavily infected sites in Pripyart during the  fall out 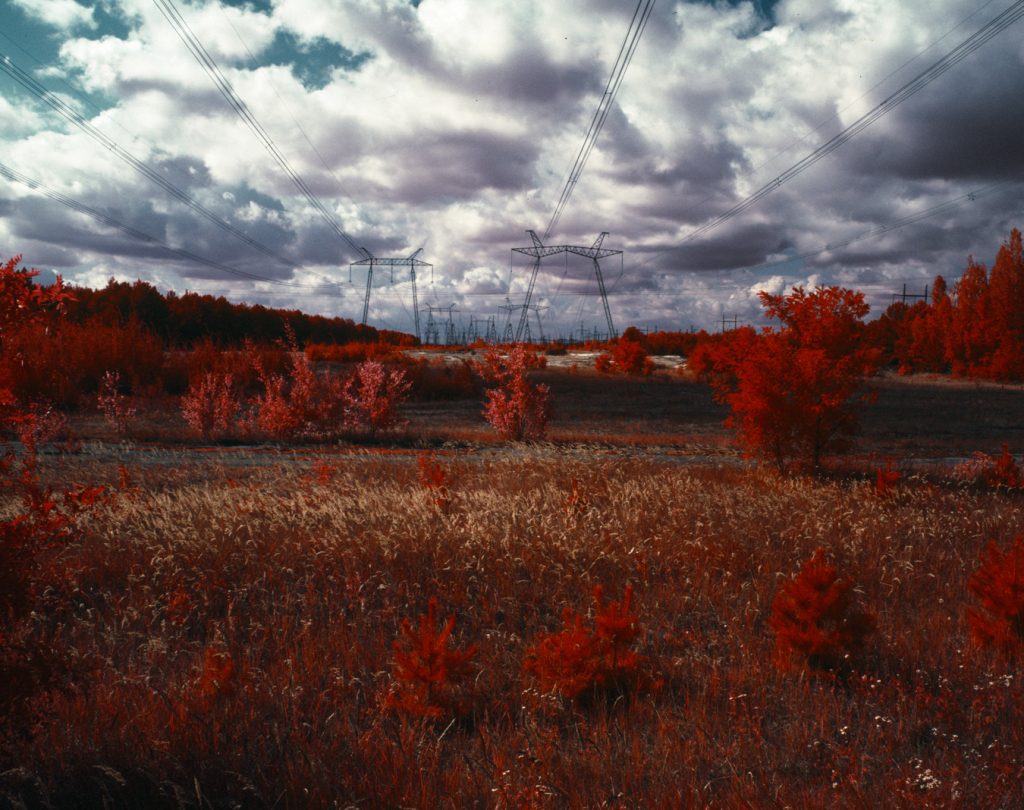 Red Forest is a relatively small section of a forest belt, with a size of about 10 square kilometres, this area succumb to the largest share of the release of radioactive dust during the explosion. A powerful radiation leak “painted” the forest in a bright red colour. The trees ultimately helped the fall out process by delaying dozens of tons of radioactive dust as a filter -the pine crown is very dense and retains dust. One of the most unique places of the Chernobyl zone, where you can visually observe the effect of radiation on living organisms, even today.

10:30a.m: Cherevach village. see the hundreds of deserted houses on the way to Chernobyl town

17:00pm• Drive out of the exclusion zone

How to Travel to Ukraine and where to stay

Prior arrangements should be made before one takes off to any destination, especially Ukraine. To enter the country you have to apply for a Tourist Visa through the Ukrainian embassy in his or her country. There are various methods by which one can travel to Ukraine but The most common entry is via plane. Most of the international airlines fly into Ukraine international airport. So getting to Kiev is relatively simple. 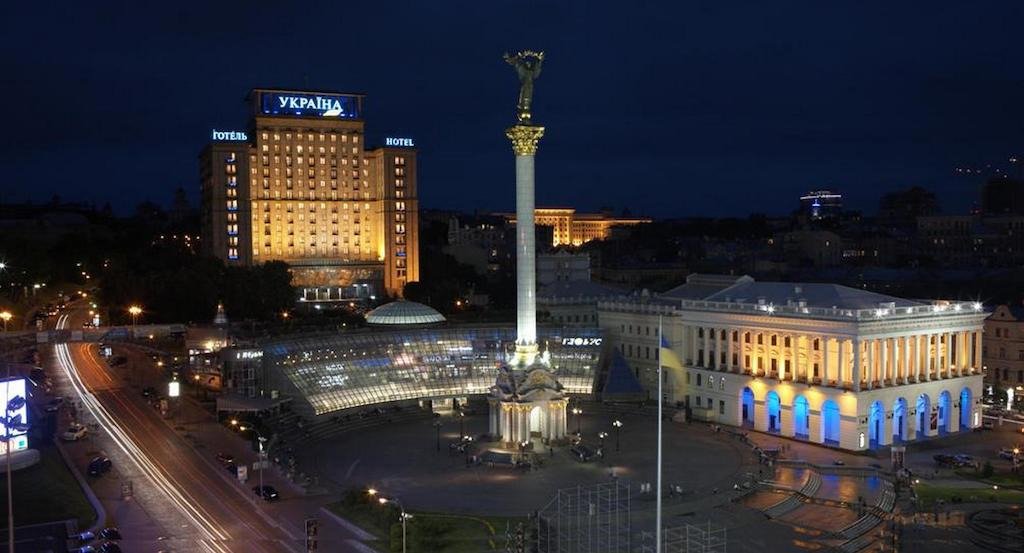 Based in the centre of the city, this hotel is close to all major attractions in downtown Kiev.  This 4 star accommodation is a favourite amongst celebrities. With spectacular views of the square and impressive rooms, we recommend this hotel during your short trip to Chernobyl and its surrounding attractions.

If you have visited Chernobyl before then let us know your thoughts in the comments below for our readers to see.