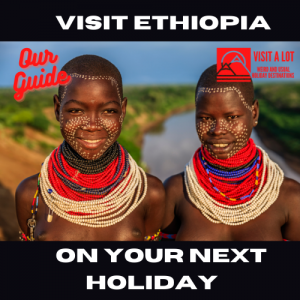 When it comes to finding different holiday destinations, we are the best in the business and you can always rely on us to find you different and interesting places every time. However, there is one continent that we have been slacking on a bit, and that is Africa. This is quite surprising because Africa is truly a magical continent and is home to not only the beginnings of civilisation, but there are also huge swathes of amazing landscape, fascinating culture and an experience that really will last a lifetime. With that said, we will now introduce Ethiopia, a country that is definitely not on your popular travel guides.

Ethiopia is officially the Federal Democratic Republic of Ethiopia and is a landlocked country in the East of Africa- it makes up a region of the continent known as the horn of Africa and is close to the Arabic Middle East. The area that makes up Ethiopia is an area littered with archaeological sites and the culture there can be traced back millions of years to when humans first walked the earth- in fact, the world’s oldest skeletons have been found in the country and it is widely believed that the first languages began here. This country is clearly quite the destination and one that has great meaning in history and the development of who we are as a species. That should mean that our interesting facts section is even more interesting than usual- why not take a look?

As always, here are a few interesting facts about Ethiopia that will get you even more excited to go.

We have had some amazing places to research at Visitalot and the team have greatly enjoyed looking up the facts for the various places. However, nowhere comes close to the surprise on all of our faces when we looked up Ethiopia- we hope the reaction was the same on yours.

We have talked previously about where Ethiopia is, however, here we will give you a more in depth guide. Ethiopia is a country that is almost of Africa’s very eastern coast if it were not for Eritrea- the thin country that is mostly bordered by sea. In regards to its size, it is quite a large country yet its population size is relatively small and that population is sparsely spread over the region.

If you wanted to make a trip to Ethiopia, then, as usual, the way to get there will be rather lengthy. As with all of the destinations we cover, they are quite obscure and so flight companies will not do direct flights to them. Instead, you will need to fly to a country nearby and catch a connecting flight- to give you an idea of some of the countries this could be, Saudi Arabia, Egypt and Morocco are all examples. Any transport via sea is not really viable but it could be done.

When it comes to the climate, it is about as hot as you would expect it to be. During the height of summer, the lowland fringe areas of the country, the eastern, southern and western parts, will experience temperatures upwards of 30°C. However, the more mountainous regions will enjoy a much milder climate with temperatures averaging 20°C- these regions tend to be the ones that are inhabited by the majority of the population. Throughout the year, the temperature will not change much and the maximum and minimum temperatures will stay between 20°C and 5°C. Rainfall will peak during the rainy season from June until September, but during the rest of the year there will be very little rainfall.

Therefore, when it comes to choosing some appropriate clothing for your trip, you are best suited to lightweight stuff that will breath easily. Things like shorts, t-shirts and maybe even a light raincoat are some starting points for this.

Where to Stay and What to do

Here are a couple of places that you may want to visit in Ethiopia.

With Ethiopia being such an amazing country, you can expect some amazing places to stay. This is a lodge open to visitors that is made almost entirely out of bamboo and straw. As the name would suggest, from almost all of the huts you can expect a lovely view of a nearby lake and all of the wildlife and landscape that comes with that.

This three-star hotel will bring you a lovely ambience with some lovely one and two bedroom huts that have both a first floor and a ground floor. The top floor is what you would expect from a hotel room- a bed, bathroom, etc. However, the ground floor is an open air area where you can sit down and enjoy a nice cool drink on a hot evening.

If you are looking for a few things to do while you are at the lodge, then read below.

Just 9-minutes away by foot, is the Kuriftu Water Park. If you are going to a hot country, then you might as well take advantage of it by having some fun in the water. The park has a 4.4-star rating and is an excellent option for both families and couples. Within the grounds of the park are a plethora of different rides and even some restaurants as well- in case you get hungry during the day.

A slightly longer walk away is Kiroftu Lake. This is another chance to take a look at some truly stunning scenery and to get your binoculars out and have a look at some wildlife. Around the edges of the lake are some opportunities for a few walks and therefore, a chance to take in your surroundings. Also, it is very close to the waterpark we have described above, so, if you get bored or want a change from peaceful to hectic, then you can easily do that. 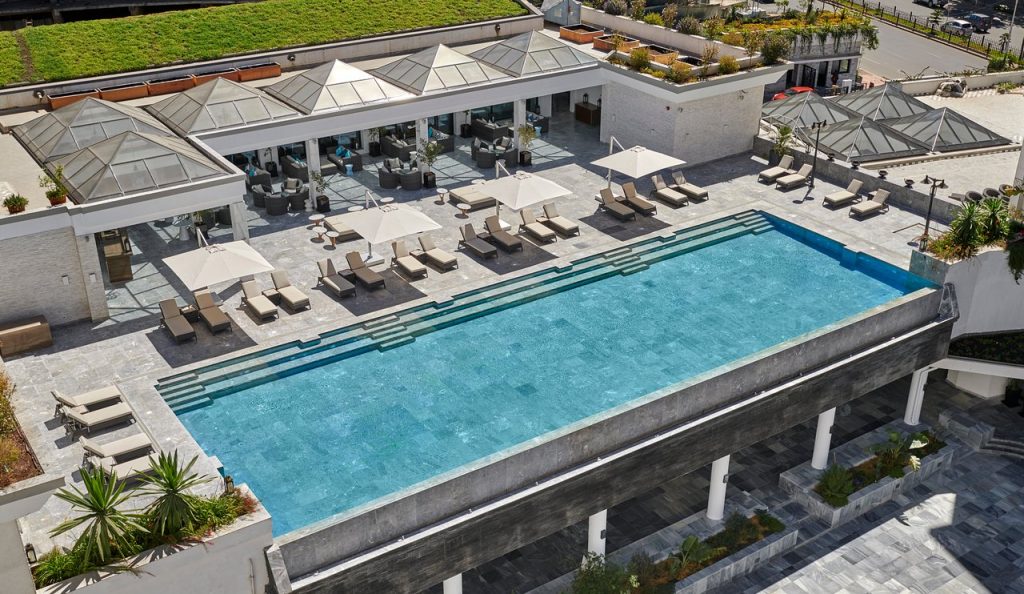 For those people looking for a bit of style and luxury when you visit Ethiopia we recommend the Hyatt Regency. Situated in the capital Addis Ababa, this hotel comes equipped with all of the modern perks you would expect from a large chain big money build.  Just 15 minutes from the Airport and a short walk from the United Nations conference Centre you are at the heart of everything.  You can also book all of your excursions from this location. 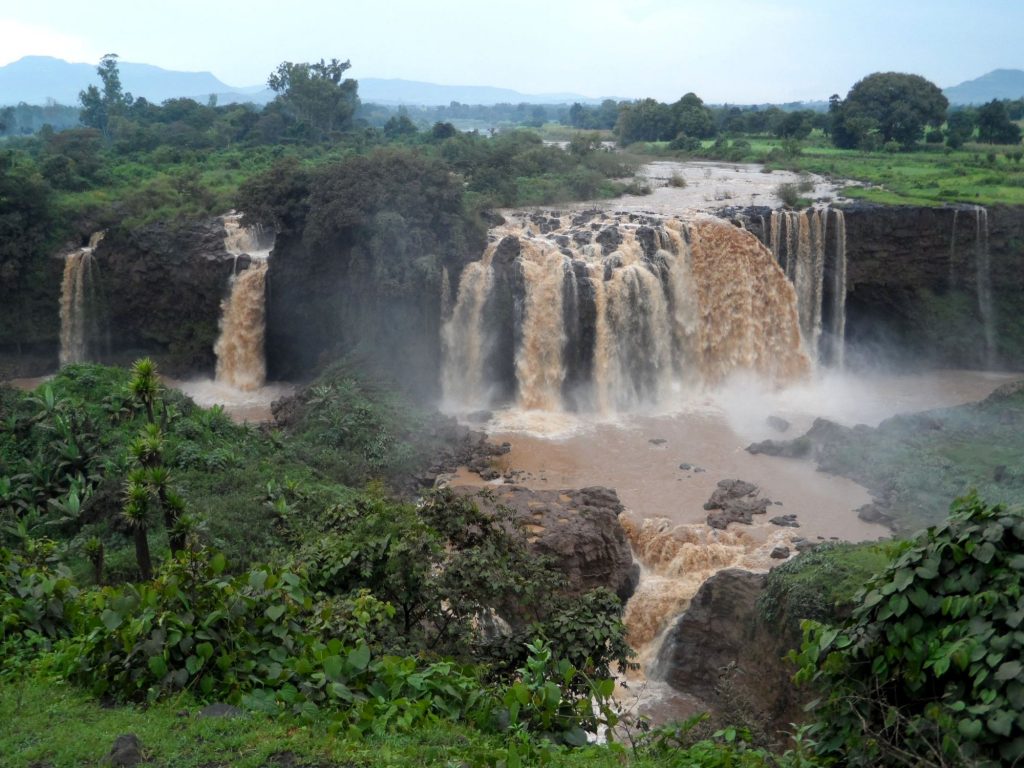 No visit to Ethiopia is complete without a visit to the stunning Blue Nilles Falls.  With a sheer 45 meter drop, this waterfall forms part of the fast river Nile and will be one of those magical memories of your visit that will last forever. Prices start from around $150 and can be booked using the link below. 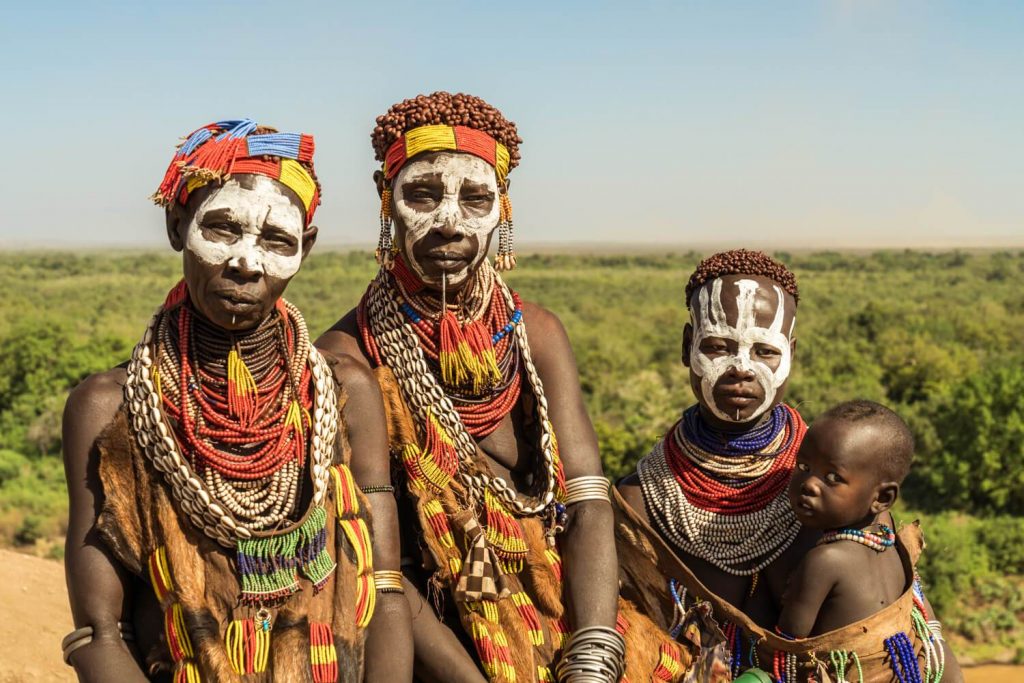 If you’re looking for something a little bit different and off the beaten track when you visit Ethiopia. Then why not go and visit a real and Authentic Tribe? The lower Omo Valley is home to several tribes of differing cultures and beliefs who have been living in this part of the world for Century’s. Some of the most popular tribes to visit include

As well as the people you will also see an abundance of wildlife in the area. This really is a trip of a lifetime and certainly something to tick off your bucket list.  Find out more or book using the link below.

If you’re still undecided about where to stay during your next trip to Ethiopia then why not use our handy hotel finder? Below you will see all of the latest prices on Bookings.com to allow you to see the best offers and the best locations.

We hope you enjoyed our brief guide on this amazing country.  If you want to learn more about the area then pay a visit to our Visit Africa section of the website.