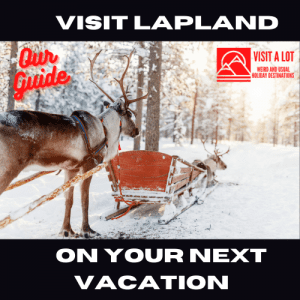 Lapland is famed for its snow, its ice and of course, It’s wonderful Christmas feeling. And do not us wrong, Lapland is an amazing Christmas place and, if you are lucky, you may be able to see Santa at work. However, for those of a more mature audience, there is much more to Lapland than just Christmas fun and meeting Santa. Why not take a look at Visitalot’s guide and amaze yourself with the plethora of things you can do in Lapland? So buckle up and prepare yourself for a Christmas adventure like no other.

As might be obvious, Lapland is not a country and is instead a region of Finland- to be precise, it is Finland’s northernmost region and is the very sparsely populated region bordering a number of countries including: Sweden, Norway and Russia. As you would expect, this part of the world and this part of Sweden, is very cold and it is no wonder that Santa and his elves have decided to settle here- and yes, this article will be filled with additions such as that. Lapland really is a snowy paradise and if you want to know more than what we have given you in this micro introduction, then read below and find out a few surprising facts about Lapland.

Wow… I Did Not Know That

As promised, this is the section that will shake up a few of your presupposed ideas about Lapland and hopefully get you a little bit excited about your new favourite destination.

Hopefully some of these have tickled your fancy and you are now raring to go on your new ice cold holiday. If you want some more information, then just read below.

Where is Lapland and What is the Climate Like? 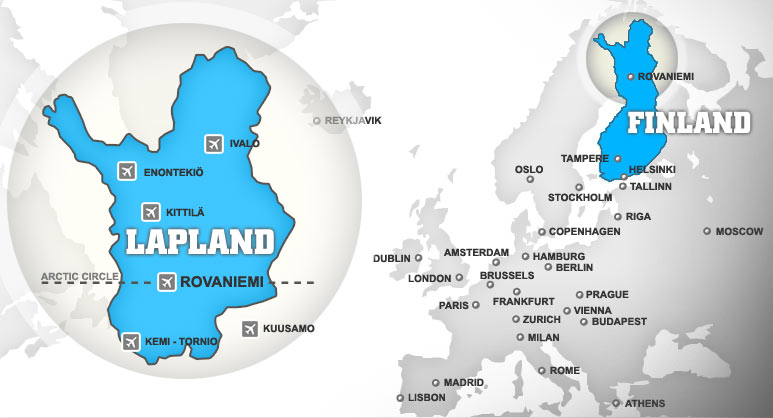 As mentioned previously, Lapland is found in Finland and also shares a border with a number of other Scandinavian countries. Lapland is in the northernmost part of Finland and is a very sparsely populated. When it comes to trying to get to Lapland, the route is much simpler than it would seem and involves you either getting to Finland or nearby Norway. Now, this can be done either by flying there or by sea. Flying will be the cheaper of the two options as there are hundreds of different flights that can take you to either Finland or Norway for competitive prices. When it comes to arriving by sea, your best bet is a cruise ship of some kind, now, these will be much more expensive than a plane but, you could include the cruise as a part of your holiday.

Next on the list is the climate of Lapland. As you would expect, the climate is rather cold in Lapland and coats and jumpers are going to be a must. However, there are a few surprises when it comes to the temperature. There are seasons in Lapland and there will be a warmer period of the year from late May to August. However, it is still quite cold when compared to warmer climates as the average spring temperature will stick close to 0°C. The temperature will surpass 5°C as the seasons change to Summer and from there the region will enter a growing stage and temperatures will be between 10°C and 15°C. But, this will not last for long and this summer season in Lapland is only a couple of months long. For the remainder of the year, you can expect cold temperatures and a long winter.

In Lapland, the kind of clothes you will need to bring will depend on when you go. As we have found, at the height of summer, it can be quite warm in the region and so you may even be able to wear shorts. However, if you wanted a classic Christmas experience from Lapland, then you will probably go during winter when the temperature is much colder. Then you will need coats and hats and scarves.

This is our third and final section of the article where we introduce a few of our personal favourite hotels and places of interest. Use this to gain a bit insight into some things you can do on your trip and where you can stay. 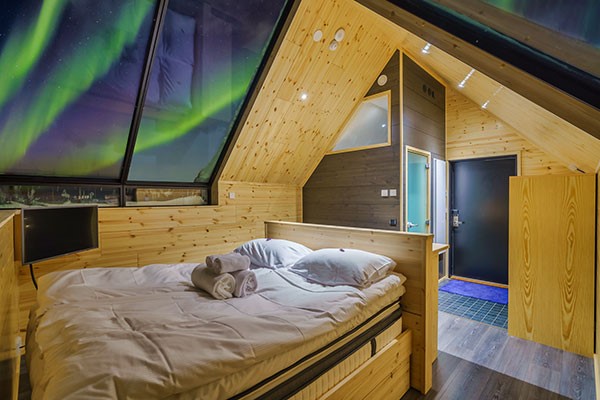 The Star Arctic Hotel is a great local option that will provide you with all of the luxury you could ever want. It is a four-star hotel and is rated 4.4 out of 5, and no wonder, the many reviews describe how good the local attractions were, how friendly the staff were and the overall good condition of the hotel itself. The kind of experience that you can expect from this hotel are suites and glass cabins that are separate from the main complex. The main complex itself will house the restaurant, reception and other amenities. The cabins are designed so that you can enjoy the lovely, snowy landscape and even take a look at the northern lights if you are lucky.

When looking for things to do in and around the hotel, you really are spoilt for choice and there are numerous things that you can entertain yourself with.

As you would expect in this part of the world, skiing is a very popular pastime and therefore, there are some great ski resorts that you can make use of while you are out there. The Saariselkä ski resort is one such example and has amazing slopes with six ski lifts and rentals- especially useful if you have not brought skis with you or you are new to the sport. Alongside this, there are opportunities to go tubing, sledding or just enjoying a nice sit down meal at a restaurant. Something that you may not have considered is the view- a sight that will be even more stunning when you are at the top of a ski slope.

Kiilopää is another attraction that is under 20-minutes drive away. This is another attraction that is centred entirely around the landscape. You can do all kinds of activities here from skiing all the way to simple walking. And that is no surprise because the area that you will pass through on your trip is an exquisite example of the local countryside- something that is on everyone’s to-do list when they go to Lapland.

If you wanted something more attune to Christmas, then this is the place for you. Much like the above option, it is a four-star hotel and instead of rooms you get little wooden cabins filled with everything you will need. The larger hotel has saunas and a lovely restaurant with an even lovelier roaring fire.

Of course, nearby is a wealth of things to do, such as…

The Santa Claus Village is a year-round family-focussed Christmas attraction that is aimed at families. Here there are a true plethora of activities including, shopping in the many little shops they have, eating at some of the local restaurants and, of course, spending a bit of time with Santa himself. And, if that does not sound perfect enough, it is but a 3-minute walk from the hotel

An 8-minute drive will reveal the Arktikum which is a museum and science centre under the snow. Here you can explore all of the secrets behind Lapland and some more of the Arctic region as well. Once again, this is great for the whole family and something you can really make a day out of.

If our two hotel choices are not for you. then why not use our handy hotel finder below. Here you will ensure that when you visit Lapland on vacation that you get the very best deals.

We hope you loved our whistle stop tour of Lapland, be sure when you have booked your holiday that you check out our other weird holidays and bucket list destinations in our visit Europe category.  Here you will find all of the excursions and breaks that are a little less ordinary, but fun and exhilarating all rolled into one