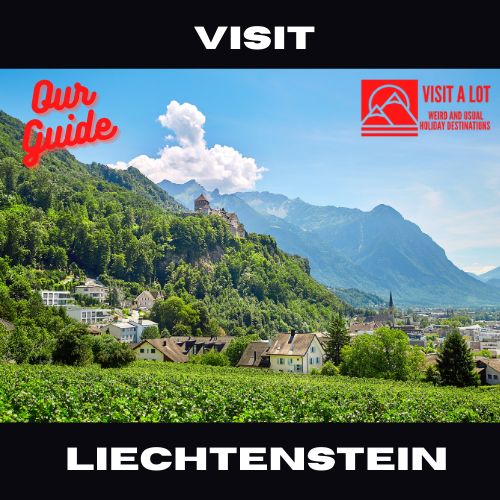 We specialize in the weird and the unusual. Places you’ve perhaps never heard of, in far flung corners of the globe. Europe isn’t our specialty, because most European destinations are not unusual. France, Spain, Italy, Greece, these countries (among others) form the backbone of European tourism, with millions of holidaymakers descending onto beaches and into cities around the continent every year. However, tucked into a corner of the Alps lies the tiny country of Liechtenstein, which certainly qualifies as an unusual destination.

If you can’t pinpoint Liechtenstein on a map then we won’t blame you, it is rather hard to spot. Measuring just 62 square miles, Liechtenstein is the sixth smallest country in the world. However, this tiny European country certainly packs a punch. Despite its small size, Liechtenstein makes a charming holiday destination, with plenty to see and do in the German-speaking nation. In this article, we’ll tell you everything you need to know about Liechtenstein, including some fun facts about the country, its location, climate and the best places to stay and things to do during your visit. So grab a cup of tea, sit back, and enjoy learning about everything this wonderful country has to offer.

As you know, we like to disclose a few fun facts about our featured destinations. Here are some things you didn’t know about Liechtenstein, which will have you reaching for your passport in no time. They may also come in handy at the next local pub quiz, you never know.

For a small country, Liechtenstein certainly has its quirks. I am a particular fan of its military history. Has any other army ever returned home with more troops than it set off with, I wonder?

As previously mentioned, Liechtenstein is a double landlocked country located in the heart of western Europe. It borders Austria and Switzerland and is found entirely in the Alps. If you are planning to travel to Liechtenstein then you have a few options. Liechtenstein doesn’t have an airport, the nearest airports being St. Gallen-Altenrhein Airport in Switzerland and Friedrichshafen Airport in Germany. Neither of these airports run regular services and the closest large international airport is Zurich, located 115km from Vaduz, the capital city of Liechtenstein. Flying to Zurich takes around 1hr 40 minutes from London – British Airways and EasyJet both run services to the Swiss city. For travellers coming from the USA, flights from New York to Zurich take approximately 7hrs 40 minutes.

The best way to travel to Liechtenstein is by train. The Swiss stations of Buchs and Sargans both serve Liechtenstein, as does the Austrian rail station of Feldkirch. Buses are also viable; you can be in Liechtenstein just 15 minutes after boarding a bus at Buchs.

Located in the heart of the Alps, Liechtenstein can also easily form a part of a European road trip. Although there are no motorways in the country, it has a good road network and is easily reached by motorways in Switzerland, Austria and Germany.

Liechtenstein’s alpine climate causes cold winters, with average temperatures hovering around zero in December and January. The mountainous terrain means that often these winters are pleasant and sunny, despite the cold. There is also often snowfall, with several ski resorts capitalizing on these ideal conditions.

In summer, average temperatures in Liechtenstein hover around 20 degrees centigrade. This is pleasant, without the overbearing heat that plagues some European destinations, again this is largely due to the altitude of the country. Thunderstorms are common from July to September, with an average annual precipitation in the capital Vaduz of around 37 inches. For good weather, the best times of the year to visit Liechtenstein are May to September, before the cold weather of winter sets in. If you’re after a skiing holiday, then the winter months are the best time to visit, just remember to pack warm clothes.

Where to Stay in Liechtenstein

If you’re planning a trip to Liechtenstein, then you’ll want to know where the best places to stay are. We’ve picked out some of our favourite accommodation options in the country for you to browse. There are a range of three and four star hotels, mostly located in or around Vaduz. However, there are also plenty of other options, including ski chalets in Malbun and campsites for those who prefer the great outdoors. 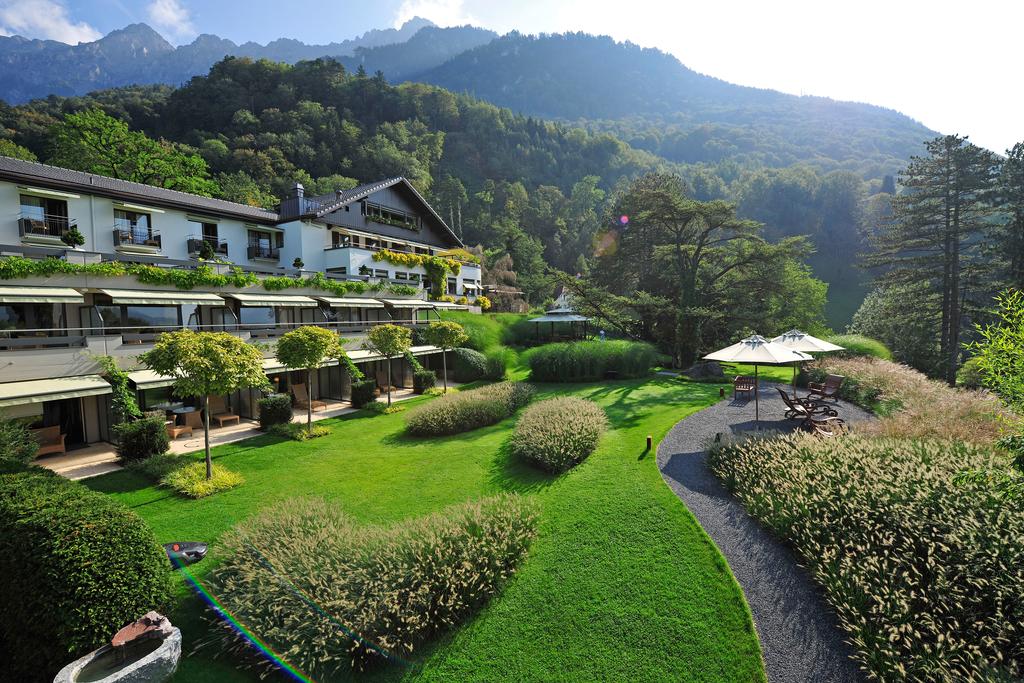 The picturesque four-star Sonnenhof is about as good as it gets in Liechtenstein. Beautiful landscaped gardens are set against a backdrop of stunning mountains and the Rhine Valley. The hotel itself is incredibly luxurious, with an onsite pool and spa. Rooms and suites include four poster beds and offer fabulous room service, whilst the Michelin-starred Restaurant Maree offers a range of seasonal dishes for guests to enjoy. There is free Wi-Fi and readily available parking for those travelling by car. The hotel is located in the heart of Vaduz, giving guests an opportunity to head out and explore the city. Vaduz itself is centrally located within Liechtenstein, opening up the rest of the country for exploration. 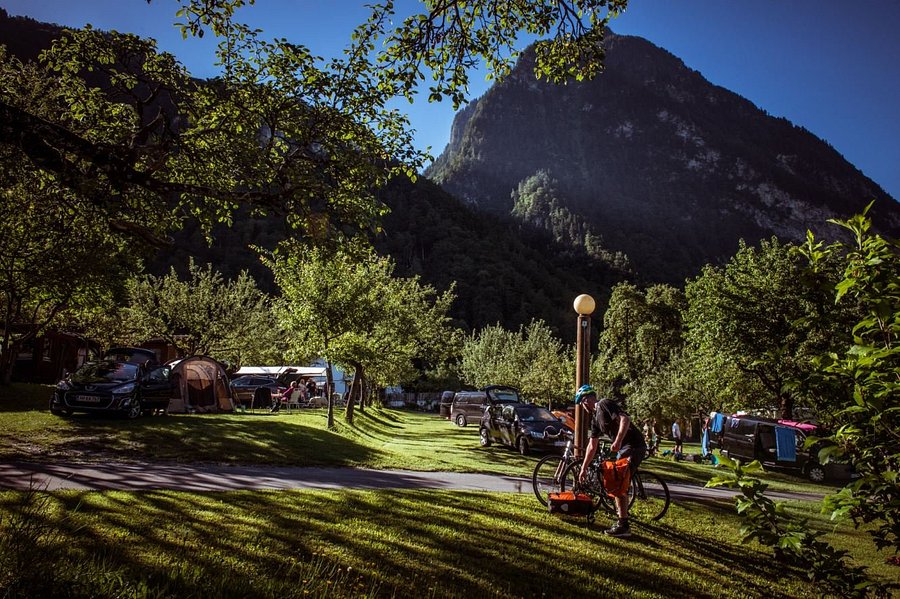 If you love the great outdoors and would prefer to camp in Liechtenstein in order to make the most of the fantastic scenery, then Mittagspitze is probably the best campsite in the country. Excellent for families, the campsite features a swimming pool and a playground for children, as well as a restaurant, onsite shop and TV lounge. There is a hostel building here too, so if you prefer to sleep indoors then you can book a four or six-bed room, perfect for families or groups of friends backpacking through.

The campsite is in a great location, just 7km from Vaduz and a 20 minute drive from the ski resort of Malbun. The scenery around the campsite is spectacular and there are numerous walking trails and bicycle trails for an active adventurer to enjoy. 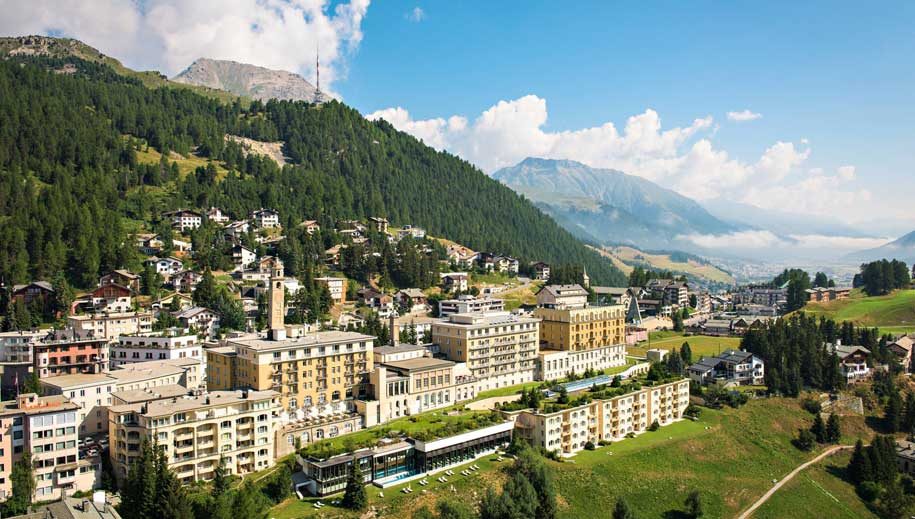 Nestled in the mountain village of Triesenberg, just a 10-minute drive from Vaduz, Hotel Kulm is located amongst some of Liechtenstein’s finest scenery, with incredible views of the mountains. The 20 rooms are classily decorated, and a buffet breakfast is served to all guests. The onsite restaurant serves well-priced three course meals, or you can head down the mountain into Vaduz to grab a bite to eat. There are hiking opportunities aplenty and at night the bright lights of the surrounding valley offer spectacular views, which guests can enjoy over a glass of wine in the Winter Garden.

And now for some of the best things to do when you’re on holiday in Liechtenstein. Enjoy! 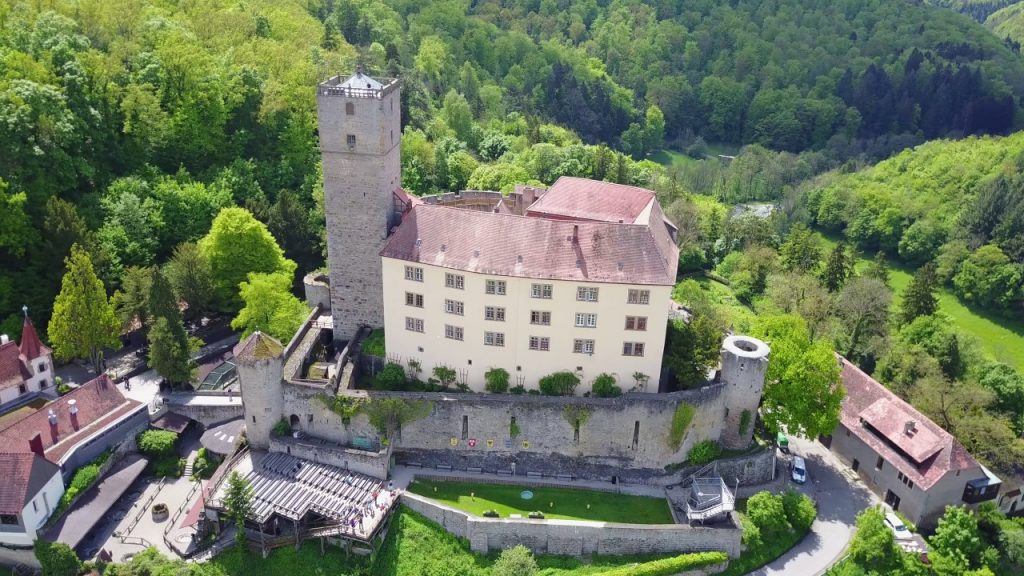 One of Liechtenstein’s most popular landmarks, Gutenberg Castle is found in the charming village of Balzers in the south of the country. This well preserved traditional castle has been standing virtually unchanged since the Middle Ages and was built as a fortress to protect the village down below from invaders. Highlights of the castle include the pristine chapel and the rose garden, where flowers still bloom, and visitors can enjoy a peaceful stroll. During the summer months, a variety of events including plays and musical concerts are performed to keep visitors entertained. 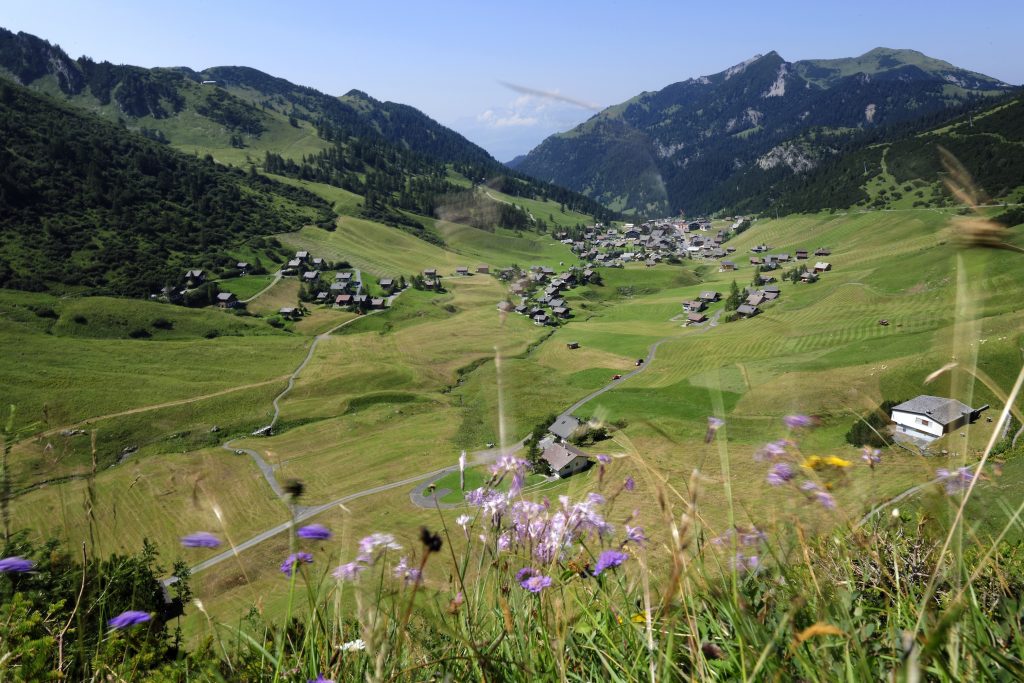 You’re visiting a country which is located in its entirety in one of the world’s most famous mountain ranges, so skiing is a must. Malbun is Liechtenstein’s premier ski resort, with visitors flocking in from around Europe to make the most of the winter snowfall, some of the best to be found in Europe thanks to the resort’s location in the Saminatal Valley. Different slopes cater to all experiences levels and three different ski lifts serve the resort. If you are visiting Liechtenstein in summer, then the mountain scenery is still exquisite, perfect for hiking rather than skiing. 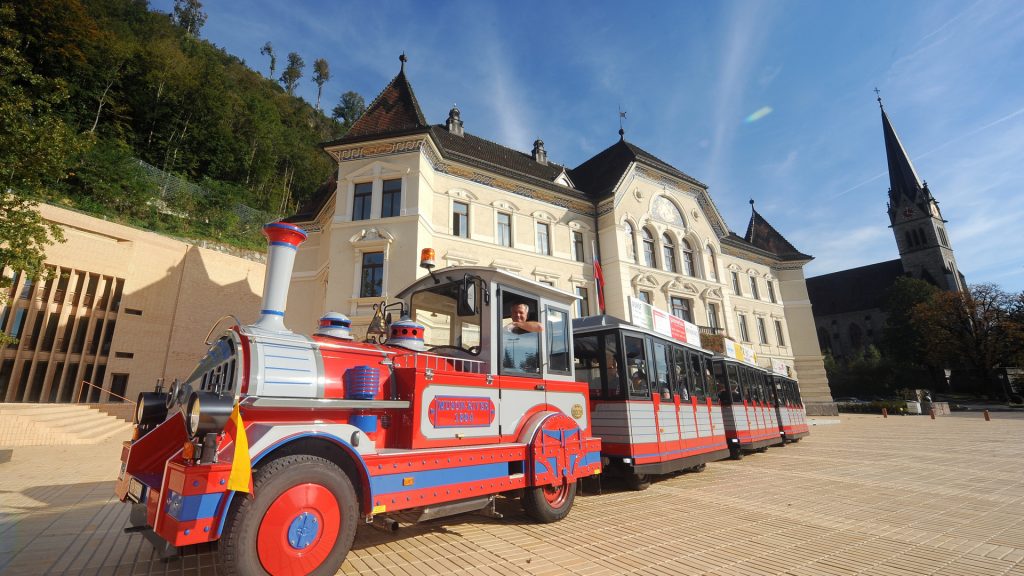 One of the best things about visiting a small country is that it has a tiny capital city, which can easily be navigated in a day. A great way to cover Vaduz is to board the city train for a short tour. During the 30-minute ride you’ll see highlights of the city including the Vaduz vineyard, the Red House and Vaduz Castle, before enjoying a short ride out into the countryside. The train travels on roads rather than rail and is a fun way to spend an afternoon.

Enjoy a glass of wine at the Prince of Liechtenstein Winery 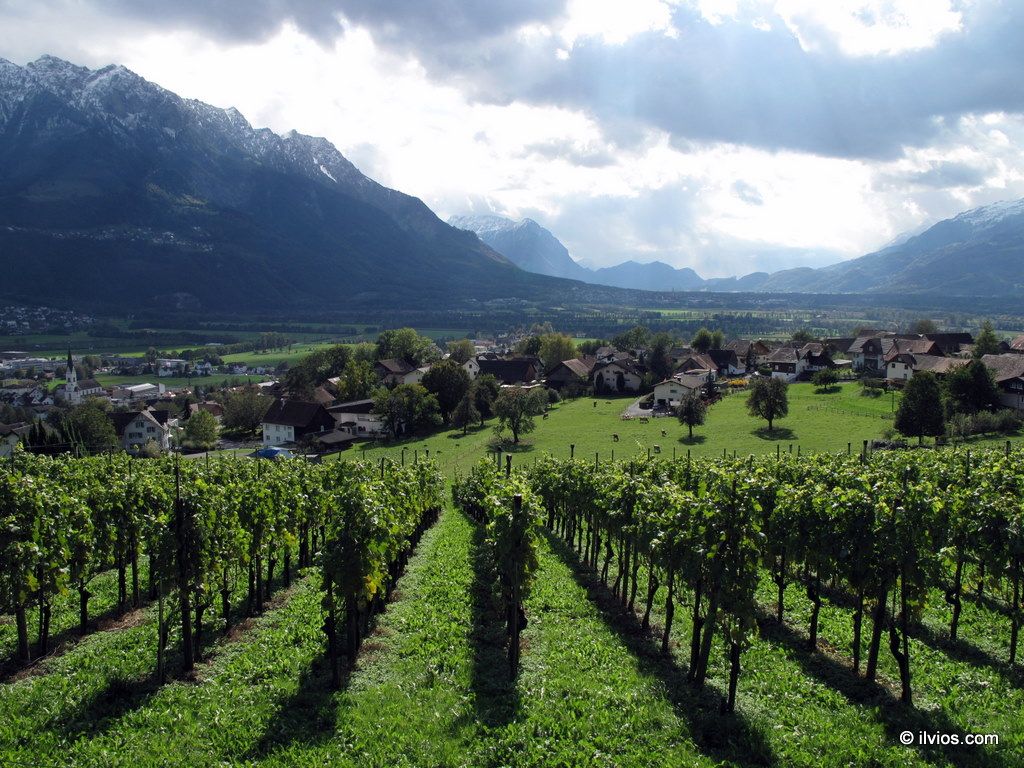 The Prince of Liechtenstein Winery is one of the most popular destinations within the country, offering tours of the vineyards and an array of different wines to be sampled by guests. After you’ve enjoyed a spot of wine tasting, make sure to buy a bottle or two of your favourites, to take home for family and friends. The winery is known throughout Europe and produces some of the best wine in the whole of the Rhine Valley.

For a small country, Liechtenstein offers so much to travellers. With wonderful mountain scenery, ski resorts and historic attractions to boot, there is something for everybody in this fascinatingly tiny country. Numerous classy hotels cater to guests every need, and Liechtenstein is easily accessible by air, rail and road. Best visited as part of a European alpine road trip, there is also enough here to keep the whole family entertained for a week-long holiday.