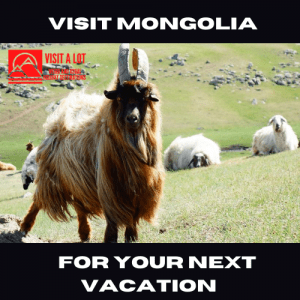 Mongolia is a strange country. A country that many would struggle to point out on a map, despite its size, and a country that is best known for Genghis Khan than anything else. However, our goal at Visitalot is to turn countries like Mongolia into the next biggest holiday destination and it starts with this article. So, prepare to be amazed by the surprises that are in store for you and make sure you pack a bag, because after you read this, there will be nowhere else you want to go.

Mongolia is a landlocked country just north of China and just south of Russia. The country is known for its rugged landscape with vast areas of flat grassland matched with steep hills and mountains. Its capital city is called Ulaanbaatar and is home to about 45% of the total population of the country. The other 55% are mostly nomadic or semi-nomadic and horse culture is still integral to the overall culture of the country and to the nomadic way of life. The majority of the population, along with being nomadic, are of the Buddhist faith- with the second largest group being atheistic. When you look at the history of the country, it has been the subject of a number of different empires from smaller nomadic empires to its peak with the Mongol empire founded by Genghis Khan.

I Did Not Expect That

This section is named that way because that is exactly what you will say after you read some of these. All of these facts are 100% true and are sure to surprise you, so here they are…

As always, all of these facts are completely true and we find them purely for your amusement. With that said, it is time to find out a little more about Mongolia and the kind of experience you can expect in this wonderful country.

Where is Mongolia and What is the Climate Like? 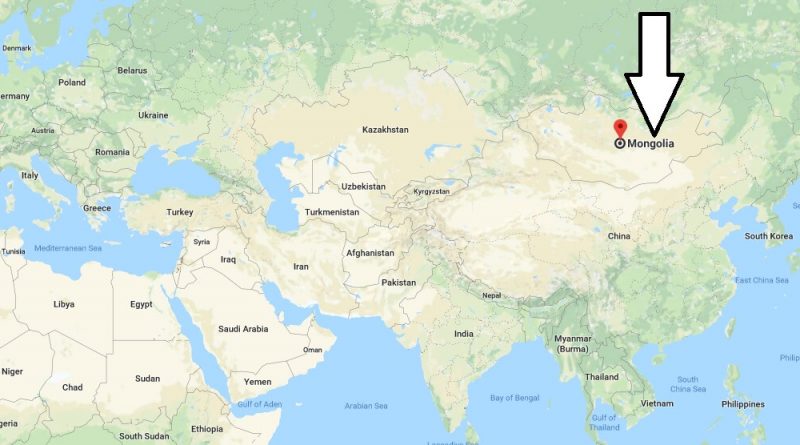 With this location brings a special kind of climate, with warm summers and long, dry winters. However, do not be put off because Mongolia usually has about 250 sunny days per year. From November to around March, most of the country will experience below zero temperatures and during the nights these temperatures will fall well below zero- -55°C was recorded at Lake Uvs. However, during the summer, temperatures will easily reach upwards of 25°C and in the capital Ulaanbaatar, it reached 33°C. It is best to go in summer because of the extreme low temperatures in winter, however, if you only wanted to experience some warm temperatures then you will want to avoid the months of June, July and August. However, regardless of when you go during the summer, lightweight clothes are best and shorts, t-shirts and sun cream will be essentials during your trip. But, for those who are looking to go during winter then some warm clothes will be very useful.

For those who want to begin planning their trip, the principle ways to travel to Mongolia are via plane or via train. You will have to travel to another city nearby before you can fly into the capital, cities nearby like Beijing, Seoul and Tokyo are all good examples. However, you could also travel by train if you preferred the scenic route and use the Trans- Mongolian railway, which is an extension of the Trans-Siberian railway. You can get the train from Moscow, Beijing and many other Russian and Chinese cities.

As always, we have included a couple of hotel suggestions to make planning for your trip that little bit easier.

The Blue Sky Hotel and Tower 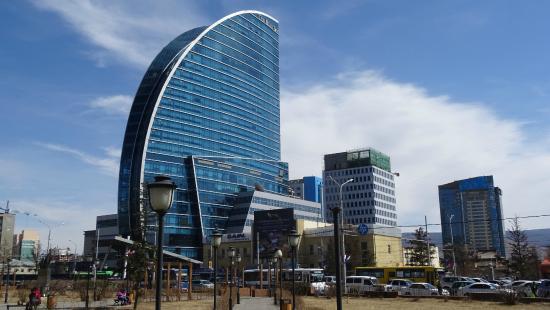 This 5-star hotel is probably something that you did not expect to find in Mongolia. However, for a very decent price, you could be staying in a hotel in the middle of the capital, surrounded by a pool, a spa and some great views over the city. Previous visitors liked the modern, comfortable feel matched with genuine warmth shown by the staff who work there. The food from one of five restaurants was another bonus about this surprising hotel.

Because of how central it is, this hotel is very near many of the major sites to see in the capital. One such sight is Sukhbaatar Square. This square is only a 6-minute walk away from the hotel and gives you a chance to see some of Mongolia’s top government buildings and the seat of government itself. Alongside this piece of Mongolian politics lies many statues that have great cultural significance to the people of the city and of the country. A great chance to get a picture and take in some of modern Mongolia.

Going from modern to historical, Gandantegchinlen Monastery is a great example of a Buddhist monastery that you can visit with just an 11-minute drive. It features a huge number of traditional Buddhist temples scattered around the complex and active Buddhist monks who live, eat and pray at the Monastery. If you are at all interested in the many different faiths of the world of the local culture, then Visitalot would definitely recommend coming to this monastery.

Another great nearby attraction is one that you really cannot miss. Bogd Khan Mountains are less than 20-minutes walk away and are central to city life. They are considered to be sacred and therefore are protected from any kind of commercial development that may spoil the site. The park offers a range of hiking trails, peaks and some excellent views of the city that you will struggle to get anywhere else- if you are to take a single picture in Mongolia, make sure it is from this park. 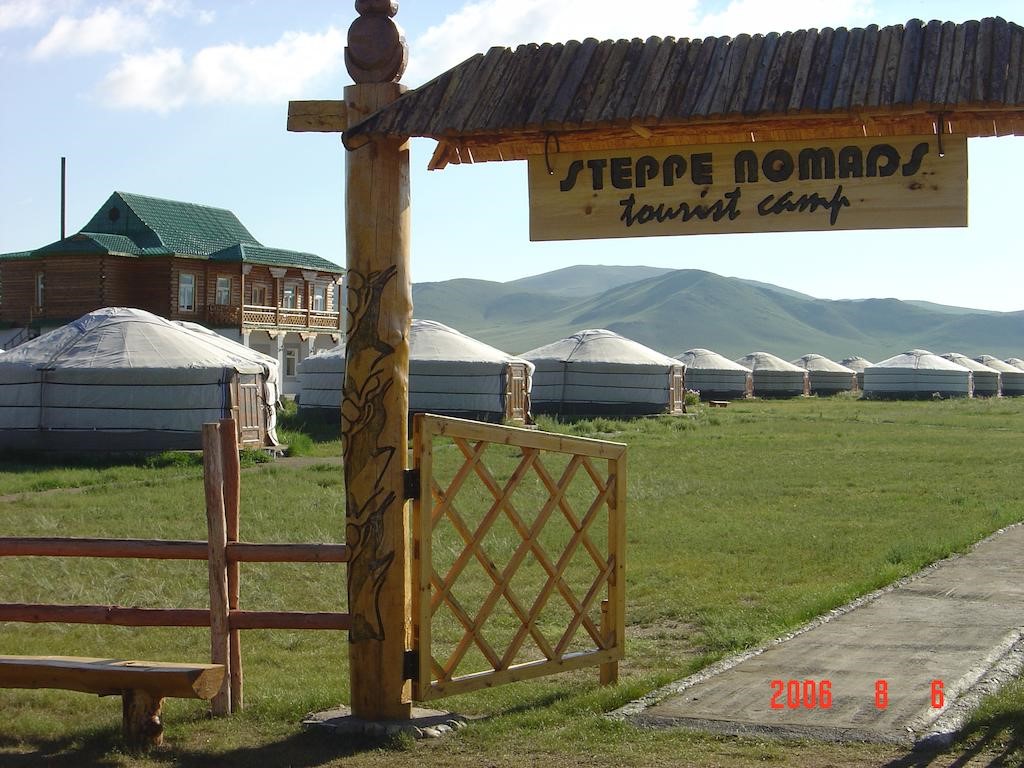 We chose this option because it really is the opposite of the above hotel. As the name of the hotel would suggest, this hotel is a return to the traditional nomad lifestyle. The Steppe Nomads will allow you to stay in a rural part of Mongolia, away from all of the stresses of day to day life. The rooms are decorated in a traditional style with traditional rugs covering the floor, local art and all inside a traditional Mongolian yurt.

As you would expect with such a hotel, the usual kind of tourist attractions are unavailable, but instead a far more local experience is available. You can expect to enjoy some amazing views over the steppes and some chances for some amazing photos. There will also be opportunities to tale walks in such a beautiful environment whether that be with a guide or by yourself, you are to be sure some great landscape and some equally great wildlife. If you wanted to see some wildlife, then it is. Another activity that will be common at this hotel will be horse riding. Horse riding is such an integral part of nomad life and you can sure to see locals making use of horses to get around. You can share that experience and there will be trips ranging some pony trekking for kids up to full hacks that can last all day. At Steppe Nomads, you really can immerse yourself in the culture.

If you want a greater selection of hotels when you visit Mongolia then check out the link below. Here you will see all of the locations with hotels and the real time price. Perfect if you are searching by location or by budget.

Want To Try Somewhere Else

If our visit Mongolia isn’t for your palate, then use our handy search tool below to search for your next exciting location. Search by Country, City, Town or Attraction to be taken to the best offers. We promise there will be something for every type of vacation and every type of traveller.

If you loved our write up of Mongolia then why not pay a visit to the other bizarre locations in our Asia category. We have dozens of weird locations on this continent for any palette.  And don’t forget, when you are done there you can check out our other destinations from around the globe.